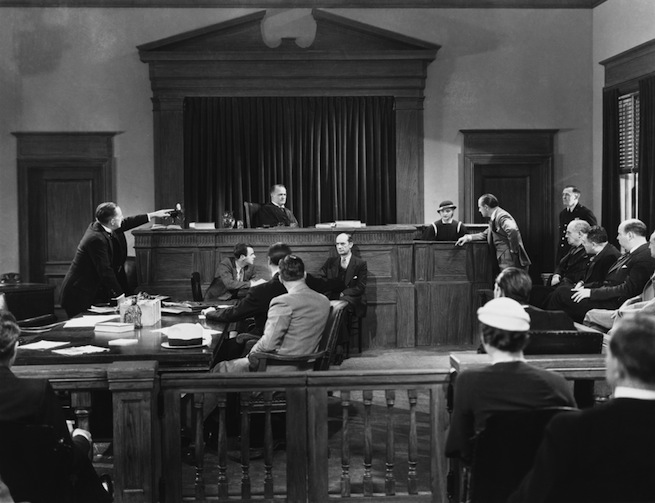 Intel showed up at the Apple v. Samsung trial to quash a Samsung witness’ testimony today. The chip manufacturing giant said witness Tim Williams was under a nondisclosure agreement and could not discuss certain topics to be brought up in the trial.

A lawyer for Intel came to court today, according to CNET, and asked Judge Lucy Koh not allow Samsung to examine Williams. The lawyer explained that Williams was under a number of NDAs that barred him from talking about Intel’s source code, which Samsung planned on discussing. Intel previously reached out to Samsung but heard nothing back about his testimony. The issue was raised again in court, hours before his scheduled time on the stand.

Judge Koh asked both Apple and Intel to file papers on the matter.

“I want papers. I don’t trust what any lawyer tells me in this courtroom,” Koh said during the trial. “I want to see actual papers.”

Koh also said Williams will not be able to answer questions in court until the matter is sorted out between the three companies. Intel said it would file sanctions against Samsung but would no longer fight against Williams’ presence in court.

For months now, Apple has accused Samsung of outright copying its iPhone and iPad designs in a number of the Korean manufacturer’s smartphones and tablets. This includes the well-known Galaxy line of products. Indeed, before the case, Apple won two injunctions against the Galaxy Nexus smartphone and the Galaxy Tab 10.1. That is, Samsung has been barred from selling these two items for the duration of the trial. Apple had to post  a $95.6 million bond for the Galaxy Nexus and a $2.6 million bond for the Galaxy Tab.

via CNET; Courtroom image via Shutterstock