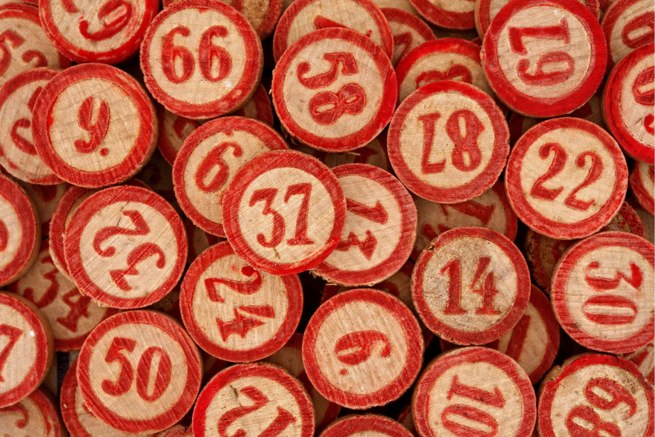 Klout believes by infusing an algorithmic understanding of real world prestige that its discovered a more accurate way to score a person’s influence. Today, the social analytics company launches an all-new scoring system alongside a dramatically redesigned site to make its sometimes controversial calculations less ambiguous. 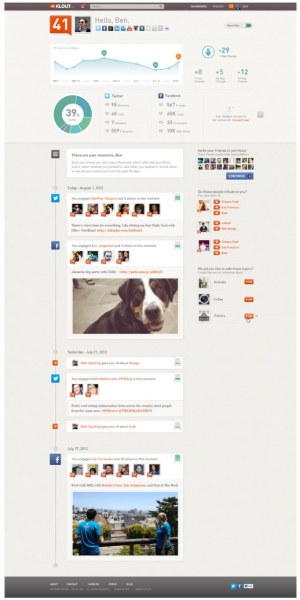 Klout is the San Francisco-based startup dedicated to the research of reach, the analysis of authority, and the science of status. The company quantifies hundreds of inputs from social networks to assign a person an influence score between one and 100. Klout members with high scores are eligible for special perks from brand sponsors. People with low scores, however, may be passed over by hiring managers.

“This is a natural evolution,” Klout CEO Joe Fernandez told VentureBeat of the company’s new scoring methodology. “The landscape is constantly shifting, and we want to challenge ourselves to provide the most current view of what influence means on the social web.”

The startup now factors in 400 different social media signals, which is up from 100 signals previously. Klout also analyzes 12 billion total data points, up from 1 million, on a daily basis.

With the addition of Wikipedia data, Klout is taking its first stab at scoring real-world influence, and its new score aims to provide a more accurate assessment of overall influence.

A person’s Klout score also now reflects a deeper understanding of behaviors and reactions on social properties. The score considers even more data from Facebook, Twitter, LinkedIn, and Google+.

The startup is giving more emphasis to a person’s job title, company, and connections on LinkedIn, Fernandez said. On Facebook, it’s drilling deeper into photo-tagging and “liking” actions and looking at signals such as whether the member “liking” a person’s update is a frequent or infrequent liker and drawing inferences from there. But it boils down to this: the larger the measured impact of the status update, the higher likelihood the update will positively influence a person’s score. 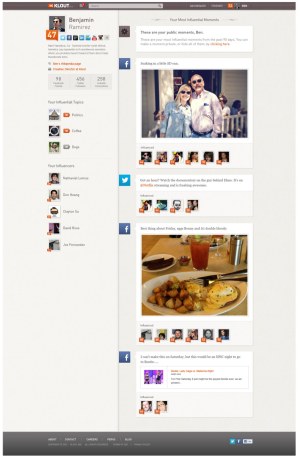 Above: Klout moments featured on the profile page

The significance of the reworked score is underscored by an overhaul to the Klout.com experience, rolling out to users on a gradual basis, that includes the addition of a feature called “moments.”

“This is a huge engineering accomplishment for us,” Fernandez said of the new scoring technology, “but a new score is not very exciting unless you can understand what it means. To do that, we’ve completely updated the site.”

The Klout.com dashboard includes a comprehensive look at the impact of the content a user creates and the interactions a user drives on his or her score, as designated by green bars. The dashboard comes with an expandable score summary section for a network-by-network graphic breakdown of activity.

Moments, the primary part of a member’s profile page now, identify and showcase the most influential updates a member has posted in the past 90 days. The moments feature, which will be made available to users on a rolling basis over the next few weeks, calls out the specific status updates having the most impact on a person’s Klout score.

The hope, said Fernandez, is that members no longer feel judged and analyzed but instead feel important and listened to. He likens the profile page to a social media resume that represents the best things a person has ever said on social networks. “It’s a good starting place to learn about somebody.”

With the changes, Klout also finally gives consumers a reason to return to the site on a frequent basis.

“For the normal person on the current version of Klout, there’s not a ton of reason to come back regularly. I have found myself, since we launched this internally, coming in once a day just to check the content I created yesterday, like what the impact was. It’s been really valuable for me to understand what my network responds to.”

Members, however, are sure to have the strongest reaction to their changing scores. The last time Klout fudged with its scoring methodology, influence-obsessed folks used their social networking reach to loudly bemoan the lower scores. The miniature web dustup eventually faded away but demonstrated that plenty of people, despite not fully understanding the nature of their scores, possess an attachment to the metric.

Fernandez admitted that many users will once again notice a change to their scores with the new methodology in place. The difference, he said, is that this time around a majority of users will find their scores have remained relatively the same with just one or two point fluctuations up or down. Some people will see a decent rise, while 10 percent of Klout users many see a meaningful drop in their scores, he said.

President Barack Obama, who has the most important Wikipedia page among all individuals as determined by Klout, got a five-point boost and jumped to a Klout score of 99, for instance. With the update, pop star Justin Bieber lost his status as the only person with a perfect 100 and now has a score of 92. This reporter found her score bumped up by nine points.

The site updates that accompany the score change seem largely designed to appease the parties that want to know the why and the how behind the ongoing changes to their scores.

“What we’re doing is so challenging. We’re analyzing 12 billion pieces of data per day now, and it’s taken us four years to build that system,” Fernandez said. “We’ve made a big step in what we’re providing to consumers. We finally got to where we hoped to get to.”