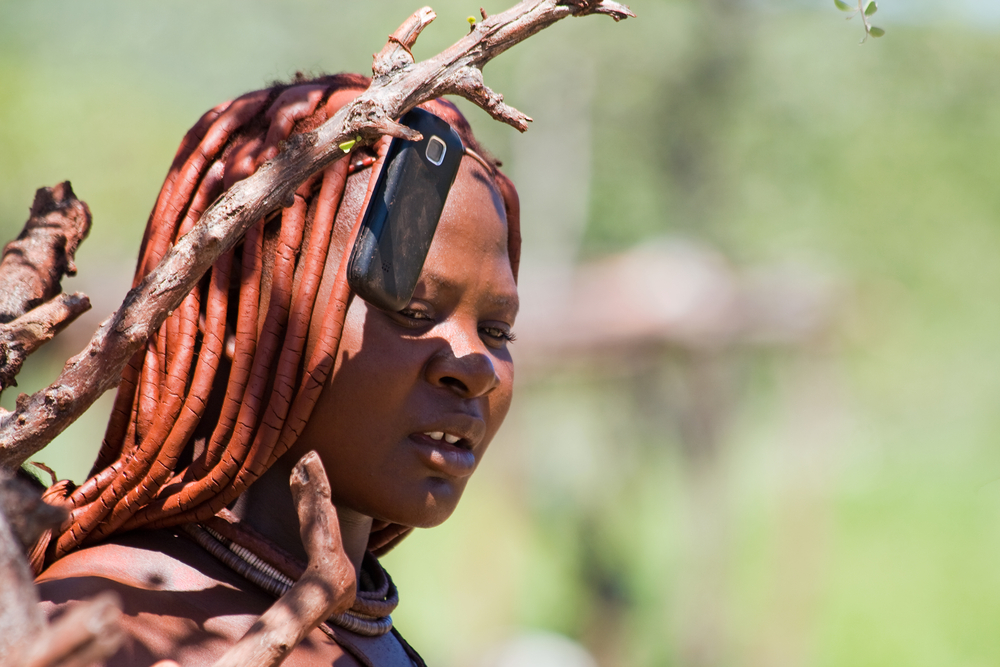 BiNu is a platform that brings smartphone app services to feature phones, a.k.a. “dumb” phones, reviled by the technorati but still widely used around the globe.

The startup’s premise is a brilliant one, one that promises to bring new heights of information, communication, and connectivity to some of the least-empowered areas on our planet; to that end, biNu has just taken $2 million from TomorrowVentures, the funding vehicle of Google’s Eric Schmidt.

The biNu cloud-based platform aims to drastically speed up Internet access on feature phones, thereby boosting the devices’ overall usefulness and ability to connect users. It works on Android phones as well as Java phones (yes, those still exist) and currently provides more than 100 channels, from Facebook to actual books, for its users. Users can also translate on the fly, bringing services instantly into their own local languages.

“Certainly, some people in countries like Australia or the U.S. who walk around and see iPhones everywhere don’t understand the scale of the problem and the opportunity,” said Gour Lentell, biNu’s CEO, in an interview with VentureBeat. “Lower-end smartphones and feature phones still outsell [smartphones] by about five to one.”

Even in the U.S. today, smartphones only account for about half of all mobile phones. While that number keeps growing, some of the people who could use smartphone-like access to information are still using feature phones; not surprisingly, smartphone ownership is still strongly linked to income.

Lentell noted that, around the world, feature phones are still some folks’ only way of accessing the web and all the information it contains, but due to the device limitations and the shoddy networks, the experience of these users has historically been poor at best.

“For many of our users, biNu is their first time online,” he said. “They are accessing books, health information, news, weather — information and education that simply weren’t available to them beforehand.”

One of the challenges biNu addresses is redesigning the most popular apps and content, from YouTube and Facebook to Wikipedia and the Bible, for small screens, numeric keyboards, limited memory and processing capabilities, and spotty cellular networks that can’t handle the data demands of smartphone apps. In addition to UI overhauls, biNu also processes all the app logic on the back end, transmitting only what’s needed to end users and extensively pre-caching and caching data.

Here’s a look at a few biNu apps in action:

Lentell talked with a couple of biNu users in Nairobi, Kenya, about their experiences so far. One said, “I’ve interacted with people that I never would [have]. [In] Haiti, Sri Lanka, Lebanon… you name it. BiNu has made me realize the world is just like a community, meeting people like that — amazing.”

Another user said, “I must visit biNu daily. I got a great friend here at biNu by the name Vicky [redacted] from Zambia. She’s far from me, but honestly biNu brings us closer. As a matter of fact, [I] have never met her, but I regard her as my very great friend.”

Other users talked about how much they’ve learned from reading dictionaries, news sites, and Wikipedia. Some spoke about the benefits of conducting financial transactions online or understanding other cultures from online socialization with far-flung new friends.

“There is a big race going on amongst content owners and online service providers to expand into the developing world,” Lentell continued.

“Anyone who sees how Facebook and the like are focusing on growth also understands that the biNu platform is assisting in the developing markets by bringing people online and giving them a great experience.”

Facebook’s number of monthly active users has grown into the hundreds of billions, and a lot of those users are coming to the service via the company’s feature phone app, launched early last year in partnership with a slew of international mobile carriers. Twitter, which has long upheld the importance of its SMS usage, also launched a feature phone app for Nokia devices just last month. Clearly, major social players with global ambitions are not leaving any stone unturned, even if that stone is a “dumb” feature phone in the middle of Mali or Ecuador or Kuwait.

“We are really proud of reaching 4 million active monthly users in such a short period of time, but there are still 4 to 5 billion people who don’t have advanced smartphones, so the potential is enormous,” Lentell concluded.

“We are focused on reaching more people, and also responding to the requests from our members to build out the biNu community with more ways for them to interact with each other.”

Australia-based biNu is a year and a half old, and this round also includes participation from U.S. and Australian private investors, including Paul Bassat, co-founder of Seek.com.