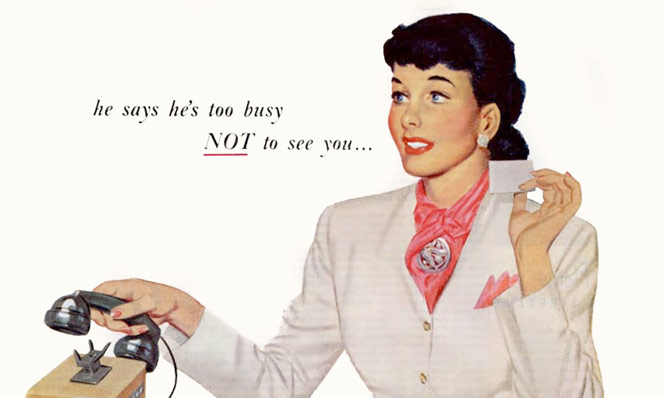 This just may be a blinding flash of the obvious, but apparently we like ads that don’t suck. And that fit into our current context. And that give us something we want.

MediaBrix, the app ad company, ran a survey to discover what people like and don’t like about advertising in apps: Facebook apps as well as mobile apps. I spoke with chief executive Ari Brandt yesterday to get the details. 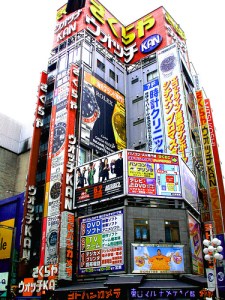 We like ads more than paying for apps. On smartphones, 61 percent of us want free apps with ads, while 39 percent would pay to avoid the ads. For the cheapskates on Facebook, those numbers skew to 83 percent free, 13 percent paid.

That’s a consumer trend MediaBrix has embraced. But the company, which started out building marketing campaigns with standard Facebook ads, was looking for something better than a banner ad or a sponsored story.

Instead of interrupting apps, Brandt says, he wanted to integrate into them.

Mediabrix, which works with major game developers such as EA and King, and brands like Proctor & Gamble and Coca-Cola, sensed this difference almost a year ago and started looking for alternatives.

The second result? We like the right ads, at the right time

Perhaps iAds had it right, partially. As many as 72 percent of Facebook app users prefer immersive, interactive ads to standard banner ads. The numbers for smartphone users: 60 percent versus 40 percent. 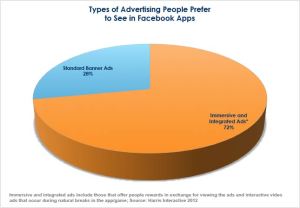 That might sound crazy, since an immersive and interactive ad demands more of your attention. A banner ad, after all, can be ignored.

But the key factor is the right offer at the right time. Here’s how Brandt explained it to me:

“Imagine you’re playing a game, and you need a power-up. So a message pops up and says: ‘John, your power is low. Interact with this Coca-Cola ad and receive five free power-ups.'”

The user is in charge: she can decide to accept the power-up or not. If she doesn’t, she continues playing the game as before. But if she does, the ad unit is engaging, built specifically for the game, and immediately rewarding. And that, apparently, is the key.

“We’ve seen amazing performance,” Brandt says, “including engagement rates as high as 20 percent.” MediaBrix’ click-through rates are high, he told me, as much as 2000 percent higher than standard Facebook ads … which can have click-through rates of a fraction of a percentage point. 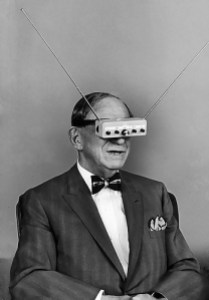 Unsurprisingly, 63 percent of Facebook users don’t like pre-roll ads. And for once smartphone users are almost completely in agreement: 62 percent would prefer to have a choice to play the video or have it shown during a natural break in the app that they’re playing or using.

So MediaBrix created an interstitial-type product for session-based games.  One example is the popular app Fruit Ninja, says Brandt:

“When you complete a level, you get a message: ‘Congratulations, you just slashed 100 pieces of fruit. The next level is loading — please watch this message from our sponsor.”

The message, the art, and the entire ad is customized — integrated into the game experience.

The point for you?

If you’re an app developer, design custom ad experiences into your apps that are innovative and integrated into your user experience. And if you’re a marketer, don’t settle for interruption marketing or annoyance marketing.

Give something to get something.