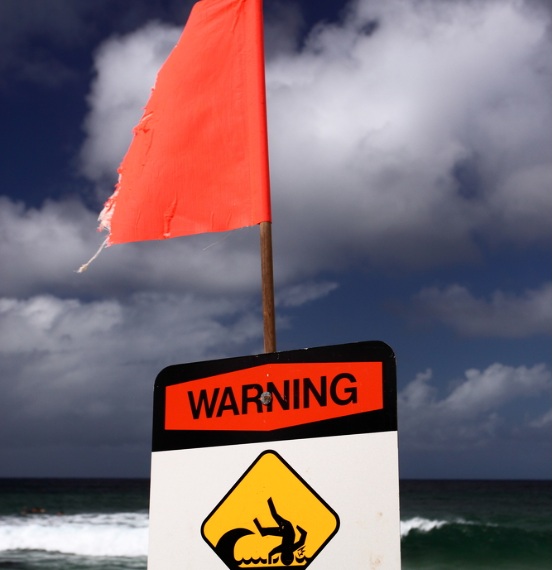 The daily deals business, which was supposed to be the Next Big Thing, is in its death throes.

By now, you’ve undoubtedly heard about Groupon’s terrible earnings call. The company finally reported a real, honest profit, but it also reported its first sequential decline in gross billings, the amount of money paid by consumers. Customer acquisition costs have skyrocketed. (If you haven’t heard it, the best summary of the bad news is Cory Johnson’s analysis on Bloomberg West.)

But analysts missed the biggest red flag in the earnings call: Groupon is taking its loan sharking business global.

(Disclosure: I have various puts and wagers against Groupon. Historically, these positions have been immaterial to my personal finances. Due to yesterday’s sharp price movement in Groupon’s stock and its derivatives, I now consider these positions to be material.)

Some context about how the company operates: Groupon has had two very different payment structures. In what I call the American model, merchants receive cash upfront for a deal. Once the deal is closed, Groupon tallies up how much it owes the merchant and sends them the money in installments, with the vast majority of the money delivered within 60 days. If a Groupon isn’t redeemed, the merchant gets to keep the money. (Known in the industry as “breakage.”)

Outside the U.S. and Canada, Groupon has used a different scheme. For simplicity, I will call that the European model. In this scheme, Groupon only pays merchants when a Groupon is redeemed; merchants do not get cash up front. If a Groupon isn’t redeemed, Groupon gets to keep the money. Breakage is considered to be 20-25% of Groupon purchases, so this amount is significant.

There are exceptions to the above. I know of one popular merchant in Europe that negotiated to get the American model. But this is largely how it works.

The American model has more credit and fraud risk for Groupon.

Buried in the earnings call’s discussion of striking a better balance between consumer and merchant value, Groupon said it will shift European merchants to the American model.

“Groupon is not an Internet marketing business so much as it is the equivalent of a loan sharking business,” I wrote in one of my early pieces on Groupon. Groupon gives you a big pile of money up front, in exchange for you taking 25 cents on the dollar for a year’s worth of receivables. This has the effect of making Groupon more enticing for more desperate businesses. Groupon salespeople dangle upfront cash to get merchants to sign up.

I’ve long advocated that the best time to run a Groupon is when you’re about to go out of business. The cash infusion might give you a chance to succeed. If not, well, you were going out of business anyway. Groupon is also the world’s stupidest loan shark because it does little analysis of whether you’ll be able to make good on your end of the deal (serving Groupon’s customers).

This Groupon Hail Mary only worked for businesses based in the U.S. and Canada. Now Groupon will make it work worldwide.

There is a more charitable view: Groupon has really learned how to manage risk and can figure out which merchants should get the more generous payment terms and which should stick to the European model. If you know how to manage risk appropriately, you can make the American model work. Companies like PayPal and Square as well as every credit card company out there manage risk every day. (Even if risk weren’t a problem, this would still result in lower margins for Groupon.)

To those who would claim Groupon knows how to manage risk, I offer exhibit A: the waffle guy. Groupon gave a guy who wanted to start a waffle business money upfront and he soon went out of business. Groupon ended up offering refunds to customers who couldn’t redeem their Groupons. Although he blames Groupon for the business’s demise, from all of the evidence I’ve seen, Groupon did nothing bad to this guy; he was an idiot who should never have been in business. But Groupon gave him cash upfront, which nobody who understood risk management would do.

And then there’s exhibit B: the car detailers. They disappeared shortly after they would have received their final payment. On their voicemail, they left a message for prospective customers: “Sorry we ripped you off. Your best bet is to go to Groupon and get your money back. We’re too chicken shit to answer the phone, so you got this message anyway. Sorry for your problems. Better luck next time.”

My inbox has dozens more such examples. One off examples? Sure. But consider exhibit C: Groupon had to restate its earnings in the spring, its first earnings statement as a public company, because it underestimated the amount of money it would have to pay out in refunds. The restatement caused the stock to drop 17% in the next trading session. (Although today’s investors would relish the $15.28 price at close of market on April 2.)

At the time, I suggested that one way Groupon could mitigate the risk would be to change its payment terms and move American merchants to the European model.

Instead, Groupon is doing the opposite.

This should help improve European revenue numbers in the short term (or help to mask declines) because revenue from desperate businesses still counts as revenue. But it significantly increases Groupon’s risk exposure. Even if risk is at an acceptable level, it means decreased margins.

For investors, that’s a lose-lose.

Groupon has not responded to a request for comment.