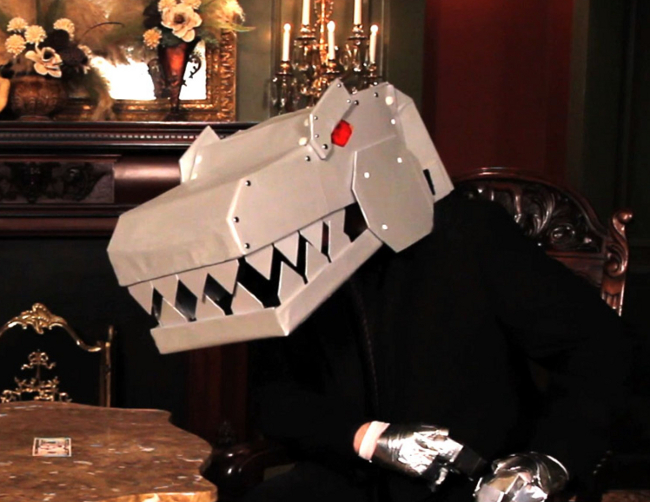 Last week we ran an interview with Katy Levinson, the director of development at Hacker Dojo. The hacker space has run into some financial trouble meeting the safety requirements mandated by the city of Mountain View, Calif., where it’s located, and the Dojo has turned to fundraising and Kickstarter for help.

Through fundraising auction site Goodwillion, Hacker Dojo’s community has banded together to offer an eclectic selection of rewards, services, and meetings. Hacker Dojo office coordinator Marie Knox’s other passion is baking, so she’s offering up a cake of the winning bidder’s choosing. “Hacker Dojo is more than just the place I work for,” Knox told VentureBeat. “It is also a wonderful community where I have made numerous friends. It has also provided a safe and productive meeting place for getting together with people to work on outside projects. For the right price, I will bake a cake of your choosing. I’ve been baking solo for 15 years now, so I can assure you that I am fully qualified to deliver a cake of high-quality deliciousness.”

I was ready to drop down whatever it took to win Knox’s auction and then force her to slave away over a ridiculously elaborate Super Mario Bros.-themed wedding cake (just because), but the fine print in her auction forbids it. So close!

A personal party planner is also available in case you need a place to eat your cake. “As a founding member of Hacker Dojo,” says Casey Greene, “I’ve been amazed to see this place grow from an idea bounced around a table into a real community center, bringing people together and having them create such awesome things. I love throwing parties, and this auction is a great way to support the Dojo, bring even more people together, and have fun at the same time.” 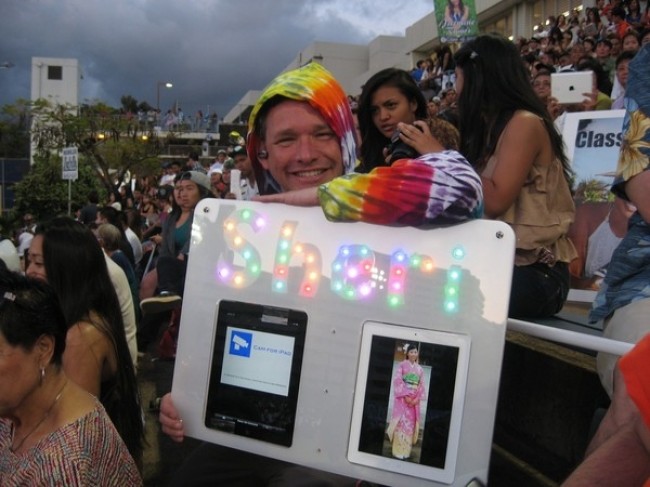 Next up is Fake Grimlock (sorry, I refuse to write anything in all caps), a “giant robot startup dinosaur” that has more followers on Twitter than GamesBeat does. For the 1 percent of you who may be wondering, the real Grimlock is one of the most beloved Transformers characters of all-time, and he’s making his big comeback in this year’s Transformers: Fall of  Cybertron video game.

Fake Grimlock is currently the highest-earning auction out of the Hacker Dojo set, sitting pretty at $900. On offer is an hour-long Skype call to discuss startup ideas, tips, and how to not be a moron in general.  To his credit, Grimlock has maintained a healthy (and entertaining) stream of comments on his auction page, far more than anyone else.

“I’m glad to give back to the Dojo in such a fun way,” says software engineer Ben Grue, who is  auctioning up a casual or business-type meeting. “The spirit of this is awesome … although it’s a bit humbling to be worth less than a 10th of a Twitter robot dinosaur.”

Though there are some exceedingly successful (pricey) auctions, quite a few are in the single digits or low tens of dollars. “With hacker prices so low, you can’t afford to not have your own hacker,” says Hacker Dojo Founder Brian Klug, himself available for a meeting via auction.

Be warned, however, that the auction process is a minor hassle. To pay for our $15 cup of tea with a commercial interior designer, we had to send the money through WePay and then forward the email receipt to support@goodwillion, who then credited our Goodwillion account the proper amount several hours later. It’s not like we had to solve a Rubik’s cube or anything, but it’s not at seamless as we’ve come to expect from similar online checkout and auction systems.

The “Like” feature (which determines an auction’s placement on the front page) can also be gamed since there’s seemingly no limit to how many times a single user can like something, even their own auction. Goodwillion is still in beta and is using Hacker Dojo as a sort of trial run, so hopefully the site irons out the user experience and takes a look at how Amazon and eBay do things for some excellent guidelines. There’s a lot of potential here to do good for many different causes in a fun and rewarding way for all involved.

Levinson also assured VentureBeat that most of the auctioneers are well-known Dojo members, but in the off chance a winning bidder may not be able to receive their reward, a refund would be provided. 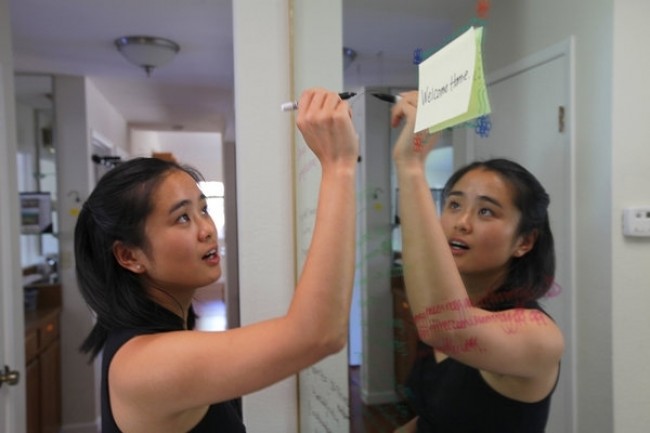 A large number of the Hacker Dojo auctions end around noon PST on Thursday. Head on over to Goodwillion for the full list.

Update: Fake Grimlock has noted in the comments that his auction still has roughly a day left. There are also new auctions still going up for anyone who missed the first wave.