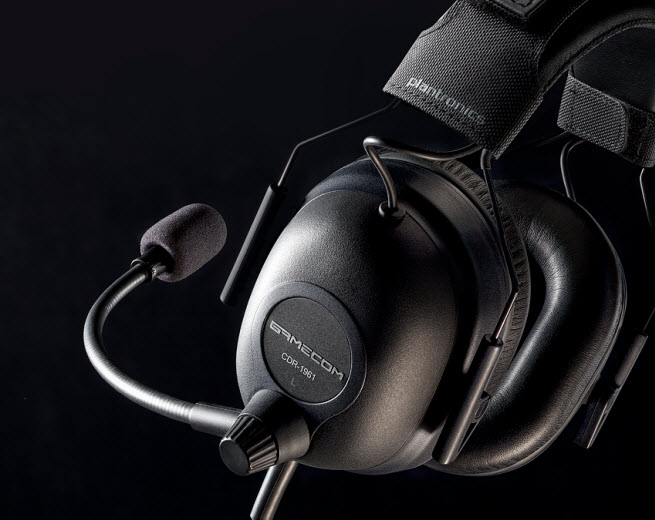 If you’re just an average hardcore gamer, this isn’t for you. Plantronics is launching a limited edition headset designed and built for professional gamers who play in front of big crowds at televised tournaments around the globe. The Plantronics GameCom Commander headset is specially crafted so that a player can shout into the microphone in the middle of a cacophonous tournament and still be heard clearly. It costs $299.

That’s a far cry from the bargain basement $29.99 headset that Plantronics makes for normal gamers. The headset will debut at the North American finals of the Electronic Sports World Cup, a progamers tournament being held at the PAX Prime game show in Seattle later this month. After that, players will be able to order it on Plantronics.com and Amazon.com.

If the headsets do well enough, then Plantronics might consider expanding its sales. But Kyle Bokariza, a product manager at the Santa Cruz, Calif.-based Plantronics, said in an interview with GamesBeat that the company considers the GameCom Commander headset to be targeted mainly at those who want no compromises with their game gear.

The key technology in the device is noise isolation, which can reduce the roar of a crowd by as much of 85 percent, putting the gamer into a cone of silence that allows him or her to talk with teammates during fast-action matches. The headset has easily accessible controls, a breakaway cord in case the gamer gets overly enthusiastic, and a custom carrying case.

“Professional gamers have unique needs,” said Tanguy Leborgne, the vice president of consumer solutions at Plantronics,”and the performance of their equipment is as important as the skills they possess. The GameCom Commander headset is one of the most important weapons in the gamer’s arsenal, engineered in the long-standing tradition of Plantronics headsets for astronauts, pilots, emergency workers, and others on the front line.”

The sound includes Dolby Pro Logic IIx and Dolby Headphone technologies for a surround-sound 7.1 experience (which sounds like seven speakers positioned around you). It has a rugged design and is easy to connect to a PC, smartphone, or tablet. Expanded availability is scheduled for September. The headset can reduce background noise to the player’s ear by 85 percent and reduce transmission noise heard that other players hear by 80 percent. It weighs 340 grams.

Rivals include the Astro A40 and A50 Gaming Headsets from Astro Gaming. The A40 is the official headset of the MLG Pro Circuit tournament league.