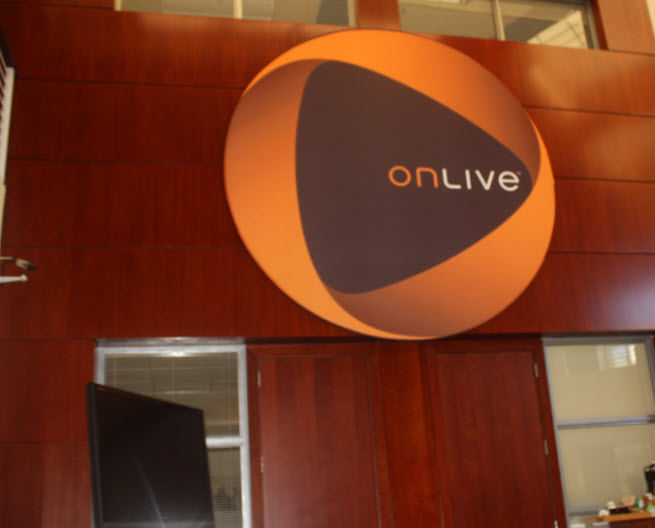 This report was filed on the scene, from OnLive headquarters in Palo Alto, Calif.

In the face of a myriad of rumors and conflicting reports this morning, the pioneering cloud gaming service OnLive confirmed today that its assets have been sold to a new, still unnamed company. OnLive will continue to operate its services during the transition and the new company is backed “by substantial funding,” said a spokeswoman for Steve Perlman, the chief executive of OnLive.

“We can now confirm that the assets of OnLive, Inc. have been acquired into a newly formed company and is backed by substantial funding, and which will continue to operate the OnLive Game and Desktop services, as well as support all of OnLive’s apps and devices, as well as game, productivity and enterprise partnerships,” the company said in a statement. “The new company is hiring a large percentage of OnLive, Inc.’s staff across all departments and plans to continue to hire substantially more people, including additional OnLive employees. All previously announced products and services, including those in the works, will continue and there is no expected interruption of any OnLive services. We apologize that we were unable to comment on this transaction until  it completed and were limited to reporting on news related to OnLive’s businesses. Now that the transaction is complete, we are able to make this statement.”

Details were not disclosed. But it’s probably not the exit that OnLive expected.  The company was the flagship for cloud gaming, where users connected to and played games that were stored and executed in web-connected data centers. The advantage was that OnLive could enable gamers with low-end computers to play high-end games that normally required expensive computers. It could also enable players to enjoy “instant gratification,” Perlman said, as they could skip downloading and just play.

It was a revolutionary idea, and we certainly thought OnLive would turn the game world upside down when it came out of stealth in 2009. It was one of the most ambitious game startups ever created, and in the end it looks like it didn’t get enough traction.

At one point, OnLive was valued at $1.8 billion. If it had executed better on its plans to recruit gamers across the world to pay for its instant-play subscription service, that valuation wouldn’t have been considered crazy. But the company never disclosed how many subscribers it had. And despite many announced partnerships, it was never clear how many people were using the service.

One of the problems was that publishers were wary about OnLive’s position as a new kind of middleman in between game publishers and consumers. Some of them, such as Electronic Arts, preferred to create their own online distribution services and work with rival Gaikai, which offered a white label cloud gaming service to all comers. OnLive’s offerings grew, but it never managed to score huge exclusives. That was because publishers, who were still heavily dependent on physical retailers, couldn’t afford to take the risk of angering the retailers and giving exclusives to OnLive.

OnLive steadily expanded, launching in the United Kingdom and Belgium, and it also diversified beyond games to launch an enterprise cloud service. That enabled users to use heavy-duty programs such as Microsoft Office via cloud connections on devices such as Apple iPads.

OnLive’s problems got a little tougher when Sony bought Gaikai for $380 million. That was a fine outcome for the OnLive rival, which didn’t raise as much money as OnLive (OnLive never mentioned how much it actually raised). But the price for Gaikai was pretty low when compared to OnLive’s aspirations. OnLive had raised money at a valuation that was perhaps $1 billion to $1.5 billion. For investors who came in during the most recent round of funding, selling out at a price similar to Gaikai’s would have resulted in a big loss. And for founder Perlman, selling at a low price would have been an admission of defeat.

Employees at the Palo Alto, Calif., headquarters of OnLive walked in and out during the afternoon, declining to comment. Some of them left with boxes full of their belongings. One employee walked out and said, “That’s a sweet camera. How much did that cost?”

Earlier in the day, Perlman held an all-hands meeting where he told the staff that the company was being dissolved. Later on, everybody received a packet. Some of those packets were invitations to join the new company. We have heard that the number might be about 70 people. We hear that many employees are very upset, particularly those with exercised stock.

Perlman founded OnLive almost a decade ago. OnLive had hundreds of employees. Investors included HTC, Warner Bros., Autodesk, Maverick Capital, AT&T, British Telecommunications, and The Belgacom Group. The odds are quite strong that the investors and the former employees are not going to reap as much equity in the new company, whatever it is. But to keep the current employees on board, OnLive, or at least the new entity, will likely have to offer them new options.

Jules Urbach, the chief executive of rival Otoy, said, “I’m sad to see this happening [regarding the employee cutbacks]. We think OnLive has been a great pioneer in cloud gaming. We are here to stay and are not going anywhere..”