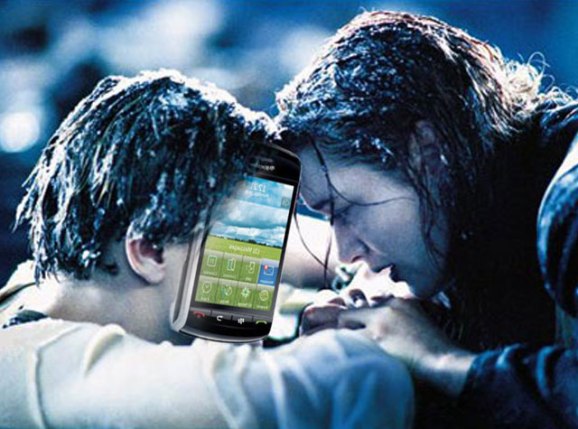 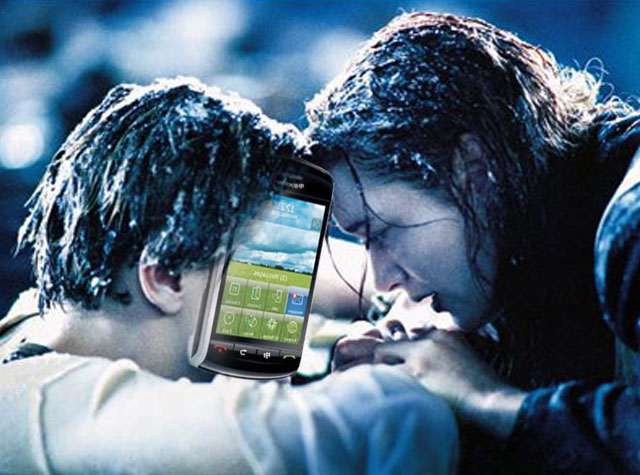 Hey, you. Enterprise middle-manager guy with the PDA-looking BlackBerry cluttering up your pocket. It’s time to let go.

A lot of your bros in arms are letting go; in fact, a new study from mobile analytics firm Chitika shows that RIM devices are disappearing from the mobile web, with signs of life down 25 percent since last year. Currently, BlackBerry devices, including the Playbook tablet, account for just 1 percent of all mobile web traffic.

Isn’t it time to give RIM a little peace and dignity? Time to end the suffering shown so poignantly in this chart? 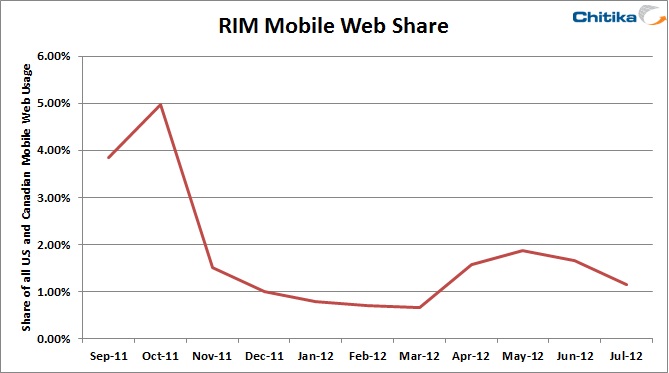 Many of your brethren and sistren in the RIM army still nurse an addition to BlackBerry Messenger; in fact, the company is kind of counting on that to keep BlackBerry on life support for the foreseeable future. That and developer interest.

But over here in reality, developers are avoiding BlackBerry 10 like you avoid eye contact with loudly delusional indigent persons, IBM is panting at RIM’s enterprise services division like a teenage girl at a Robert Pattinson premiere, and the only thing RIM is winning is the blue freakin’ ribbon for Worst Corporate Board in North America.

So pull the plug and order a headstone, man. I heard there are some really nice Windows Phones coming out for enterprisey folks.

As far as manufacturers go, Apple takes the lead in mobile web share — a no-brainer statistic given the popularity of the iPhone and iPad. Apple is followed in domination by Samsung, HTC, Motorola, and LG. Stats were based on an analysis of unique impressions from mobile devices browsing content in the Chitika ad network.

Chitika expects to see Google grow in popularity as a manufacturer once its Nexus 7 devices start shipping smoothly, but it also forecasts more Apple growth with the upcoming new hardware releases.