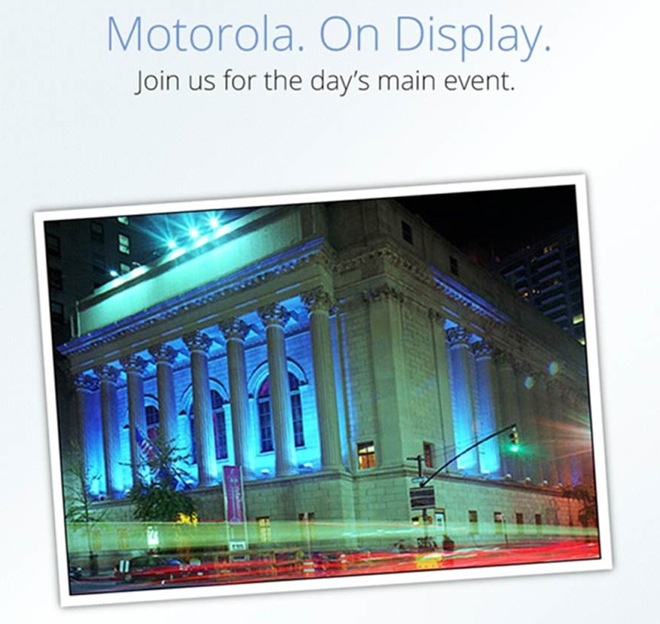 Motorola and Verizon Wireless just sent out “save the date” notices for an event at starting at 2 p.m. on Sept. 5 in New York City. (We guess that they don’t care that Nokia and Microsoft are unveiling their Windows Phone 8 Lumias earlier that morning.)

The companies will likely show off the long-rumored Droid Razr HD, which is said to boast a 720p HD resolution. Since the invite points to a singular main event, we’re not expecting any other new products alongside the Razr HD (Motorola hasn’t released a new tablet since the disappointing Droid Xyboard earlier this year).

After struggling for so long, I can’t imagine that Motorola has had time to develop a truly groundbreaking smartphone or tablet, but we’re excited to see if “Droid does” again. VentureBeat will be on the ground at the event, so stay tuned for more.