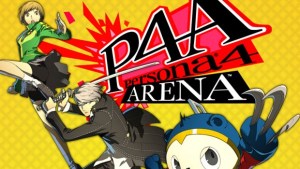 This transition might seem strange at first, but think of the things that make fighting games so memorable: challenging mechanics, iconic characters, and dynamite soundtracks. Persona 4 has all of these things and an existing narrative just waiting for a new adventure.

We’ve seen the Yasogami High School investigation team explore the TV world (called the Midnight Channel) and come out victorious, but what if that demonic dimension started turning them against each other?

Persona 4 isn’t the first RPG to lend its characters to a fighting game, but it is the first to do so in a fully realized and canonical world. Squaresoft’s Ehrgeiz for the PlayStation briefly flirted with this concept, but beyond adding a few Final Fantasy favorites, it couldn’t pull off such a unified story. 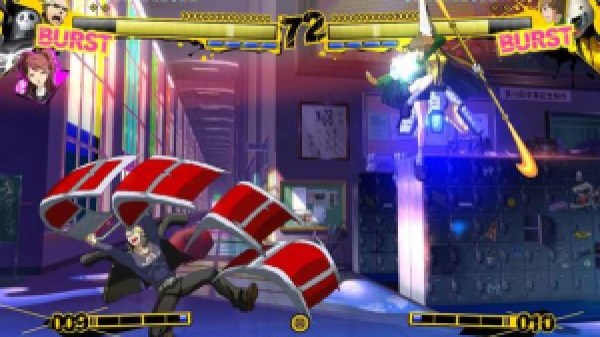 Accessibility
Arc System Works (the developer that designed Persona 4 Arena’s combat) has a bad habit of making brutally difficult games. The company specializes in intricate fighting styles, a trend that started with Guilty Gear on the original PlayStation. Sure, these games are exceptionally beautiful, but they are rarely accessible to average players.

When I first picked up Arena, I worried that the complexity would completely alienate RPG fans, or worse, that the mechanics would be so stripped down that the fighting community would absolutely hate it.

Somehow, the company that brought us the completely nonsensical BlazBlue managed to not only streamline its complicated control schemes but also maintain a level of complexity that has already delighted many players in the fighting-game community.

Arc Systems Works achieved this by building on a very basic set of controls. Unlike Street Fighter, every character has the same kind of attack, counter, block, and special move inputs. The difference depends on how deft your thumbs are and when you unleash devastating moves.

But the complexity doesn’t end here. Every character comes with a different movement rate and attack style. Some use ranged combat while others are slow and hard-hitting at close range. Rather than fighting with basic controls, players must learn how to overcome their character’s movement in relation to their opponent. 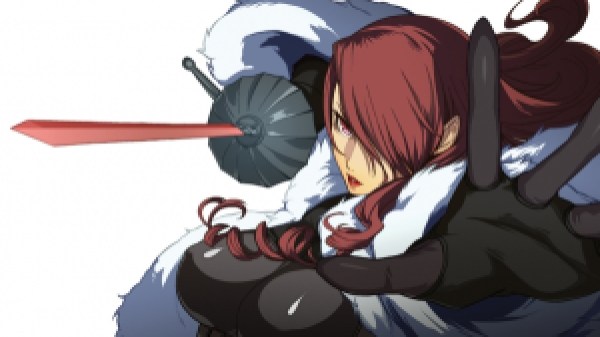 Returning characters
Persona 4 Arena is a clever continuation of the events of the first game, but it also brings back a few memorable faces from Persona 3. Without getting into too many spoilers, the icy-yet-brilliant Mitsuru Kirijo and fight-prone Akihiko Sanada return to investigate a missing precious Kirijo Group technology and end up in the TV along with the investigation team.

Mitsuru and Akihiko were the senior members of the Specialized Extracurricular Execution Squad (what a name for a school club) and now track down wayward shadow-related technology. The Kirijo Group caused a paranormal disturbance similar to the Midnight Channel back in Persona 3, you see, which is why Mitsuru and Akihiko are so prepared to duke it out for a fictional representation of the Japanese wrestling promotion Hustle.

No matter the explanation, it’s great to see these two again, even if Mitsuru looks like a sword-wielding Emma Peel. They aren’t the only characters from Persona 3 returning, however. If you wanted more franchise-inclusive fan service, Arena definitely delivers.

The animation
Characters in Arena use their personas, or Pokémon-like inner demons, to fight. A simple match erupts into a symphonic display full of explosive magic and dazzling evasions at the touch of a button. Every action is so seamless that you almost don’t care that you’re losing if it means you can watch a beautiful instant-kill animation play out.

Arena wouldn’t look nearly as amazing if its visuals weren’t sprite-based. In this world of three-dimensional fighting games, sprites still have a place, and Arena shows that a little extra animation work goes a long way.

Seriously, just watch this video and you’ll see what I mean. 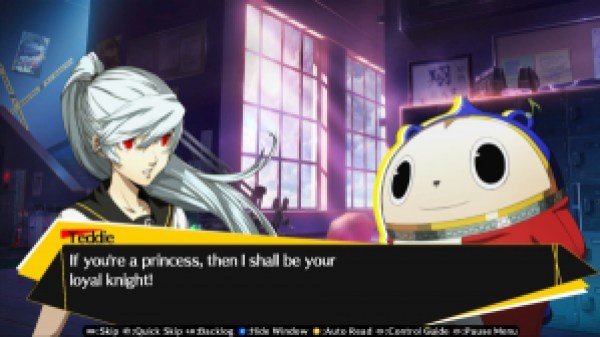 The story
Arena’s plot isn’t horrible, and it is certainly the most interactive fighting game narrative I’ve ever experienced. But if you never played Persona 4, you probably won’t get much out of it.

Persona 4 laid the groundwork for the mysterious TV world where demonic shadows emerged from people unlucky enough to get stuck inside. If a person denies that the shadow isn’t really their true self, they’ll die once the human world gets foggy.  This is a super-reductive explanation, but it’s enough to set the tone.

Arena definitely tries to explain these events to players unfamiliar with Persona 4, but it is sometimes a little heavy-handed with its exposition. Playing through each character’s story is a very long process, with each chapter clocking in at nearly three hours (if you stop to read all the dialog, anyway).

If you’re really invested in a follow-up to Persona 4, all of this exposition is very tiresome. New players might also find it a bit dry and text-heavy, especially people coming in from a die-hard fighting game perspective. I do recommend experiencing the complete story mode, but it isn’t something you’ll knock out in an afternoon. 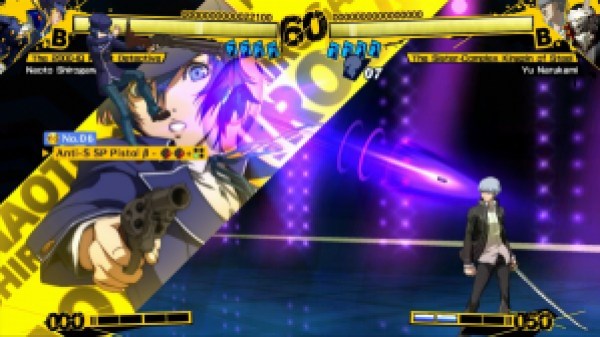 Playing with a controller
I defend Arena as the most accessible Arc System Works game I’ve ever played, but it still makes my fingers want to fall off.

Success against human players comes down to how fast you can lay out a combo. While all of Arena’s basic moves are straightforward, seamlessly blending them is a complicated process reserved for players much more skilled than I am. The game’s challenge mode gives you plenty of chances to assemble and master attack chains but just trying to complete Mitsuru’s objectives left my thumbs feeling raw.

A controller designed for fighting games, or even an arcade stick, is a must-have if you want to succeed in the online mode, let alone master more advanced tricks. If you look around, you’re sure to find a stick or gamepad that matches your gameplay style without leaving you sore.

I recommend the controller Capcom released when Marvel vs. Capcom 3 came out. It’s really comfortable to hold and won’t break the bank like a $150-$200 arcade stick would. 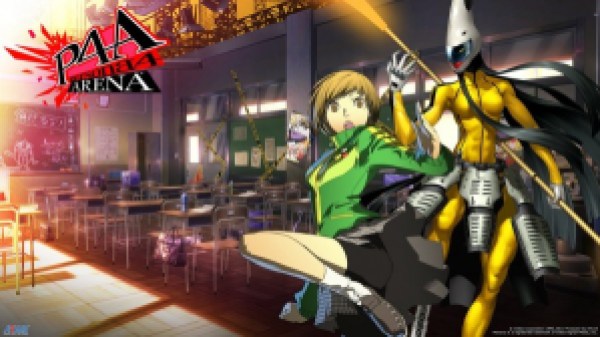 Missing voice actors
Atlus did a great job trying to keep Persona 4’s tone intact, but it couldn’t get all of the original voice actors back for Arena.

Chie is probably the weakest character in Persona 4 Arena, from a writing standpoint at least. It’s no secret that she really loves steak, but the writers went so far outlining her obsession that they completely cheapened her place in the story.

Maybe it is just a different actress reading these lines that makes her seem like a parody of a very honorable and determined character, but something isn’t right with miss Satonaka.

Persona 4 Arena is staggeringly beautiful and provides just enough fan service for the RPG players while ramping up the challenge for the fighting game guys. It certainly doesn’t skimp on story, but more inexperienced players might be overwhelmed by how deep, and convoluted, the plotline is.

Despite a few minor setbacks, Persona 4 Arena managed to pull off turning an RPG into a fighting game with lots of flair and substance. Just don’t go into it expecting to master the controls in an afternoon unless you’re a button-mashing savant.

Persona 4 Arena is a fighting game for the Xbox 360 and PlayStation 3. It released August 6 in North America and is slated for a European release September 7. Atlus provided a PlayStation 3 copy of the game for this review.