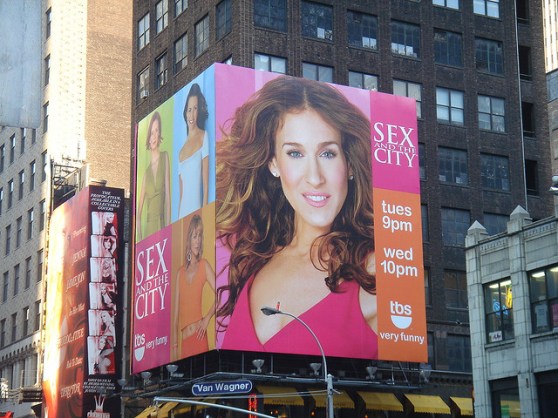 Yes, the name of this column is a horrible pun on Sex and the City. And yes, I always had to be the Carrie whenever three friends and I played the “Which SATC character are you?” game.

But no, this isn’t meant to be a dating column. It’s just that the similarities between dating and working at a startup are undeniable.

When I first moved to San Francisco about a year ago, I was on the prowl and looking to land a gig at a startup. I did the whole network-your-brains-out thing and went to funding parties and after parties. I knew the scene.

Now that I’m going steady with a startup, I’m not the social butterfly I once was.  Occasionally I’ll meet up with some girlfriends and gossip about other startups, but more in the ladies-night-out-after-the-baby-is-asleep-for-the-night way.

During one of these “ladies nights” a few of my friends started talking about their startup relationships.

One friend was pretty happy in her current position but was still keeping an eye out for a hot new gig that might come around.  It seems like there are some people who have a startup of the week and are always jumping to new jobs. This sounds exhausting, but who am I to judge?

Another friend was recently out of a long-term relationship with a startup. She’d been there for a few years and ended up getting burned in the end.  Apparently, they’re working things out, but she’s not willing to commit to another startup right now. Instead, she’s dating around as a consultant to a bunch of companies and trying to work on her personal brand. Maybe she’ll find something that strikes her fancy, or maybe she’ll do something on her own for a while.

My third friend has been in the industry for the longest and is the most connected. She knows everyone from venture capitalists to hotshot entrepreneurs. She’s a total matchmaker and connector and is always helping her ladies find new gigs around town.

In fact, on that night, she had just been asked by a recently-funded startup if she knew of anyone who might be interested in a new job.  The offer sounded almost illicitly tantalizing.

I could probably create an analogy between this group and the four women from Sex and the City but that game jumped the shark along with 2008 movie. And anyway, Girls is the Sex and the City of my generation….

Now which startup character are you?