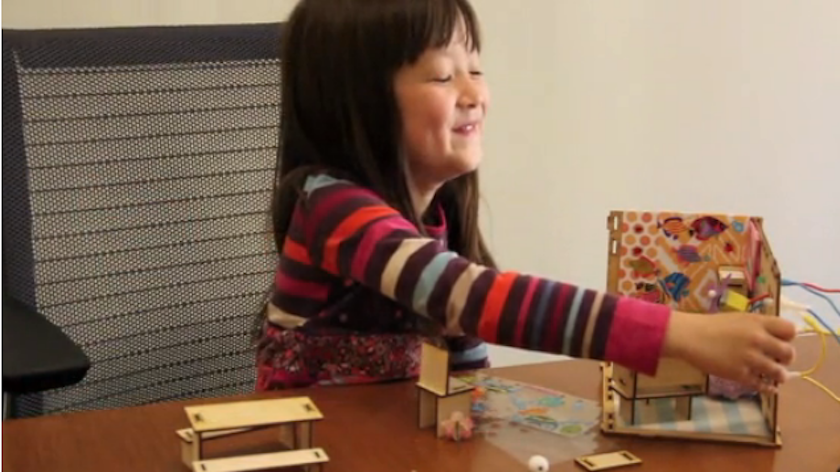 When Alice Brooks was a little girl, she asked her father for a Barbie doll. He gave her a saw, which she used to hack a dollhouse.

Alice, now 24, excelled at school and went on to study mechanical engineering at Massachusetts Institute of Technology (MIT). This summer, while enrolled in graduate school at Stanford University, a project has been brewing: can a toy inspire the next generation of young girls to love science, technology, engineering and math?

Convinced of the merits of the idea, Alice teamed up with two fellow grad students, Bettina Chen and Jennifer Kessler, to form a ‘toys for girls’ company known as “Maykah”. As grad students at Stanford, and throughout their academic careers, the women noticed that in all their courses (advanced linear algebra, electromagnetic engineering, and so on) very few of their classmates were female.

“As we got further into our educations and careers, we saw the number of women around us decreasing,” said Brooks, in an interview with VentureBeat.

The founders believe the problem is rooted in childhood. “When we looked around at girls’ toys today, we did not see the kinds of toys that inspired us when we were young,” the girls explained in a blog post for Women 2.0, an organization dedicated to increasing the number of female entrepreneurs. “We build toys to inspire the next generation of female technology innovators.”

They are designing prototypes for the toys at StartX, a highly competitive accelerator for Stanford students. Roominate, their first toy, was inspired by that early dollhouse memory (see video, below). 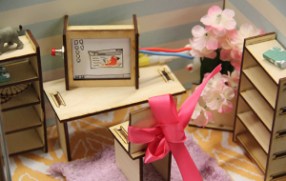 As an alternative to playing with dolls, Roominate lets young girls attach and custom-build a miniature room with working circuits.

When the three founders launched the idea for Roominate on Kickstarter, a website to crowdsource funding for projects, and proclaimed that every girl should grow up with a love of all subjects and the skills to become “an engineer, architect, and a visionary,” they far exceeded their $25,000 funding goal. On the page, they cite statistics than 11 percent of engineers are women, and only 15 percent of college freshman intend to major in scientific or engineering discipline.

Maykah pulled in $85,965 to build and mass-market a toy to inspire young girls who are great at solving, deducing, and experimenting. 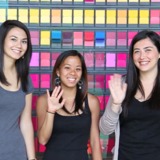 Above: The founders of Maykah, a toy company for girls.

Maykah has struck a chord in Silicon Valley, one of the many tech hubs that is experiencing a dearth of female engineers and designers. According to the National Center for Women and Information Technology, a nonprofit, only 25 percent of the tech industry’s workforce are women.

Alice and her cofounders say they were exposed to technology and engineering at a young age. Rather than playing with princesses or dolls, Bettina build hundreds of lego creations with her older brother, and Jennifer recalls solving math riddles in her head with her dad. “We believe there is a connection,” they wrote on their Kickstarter page.

Roominate is available for parents to order online on Monday. The founders have not yet determined the final price.