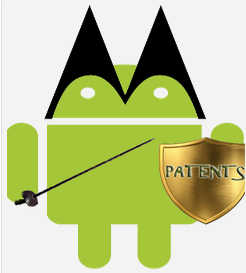 Motorola, the phone company Google acquired this year, filed a patent infringement suit against Apple that effectively seeks to ban the import of the iPhone, the iPad and the iPod Touch to the U.S.

The paperwork was filed by Motorola with the International Trade Commission on Friday, but won’t be available for public viewing until it’s posted online tomorrow (Monday). The suit cites infringement of seven patents, including location reminders, e-mail notification, phone/video players, and even Siri voice recognition, according to Motorola.

While Motorola has in the past sued Apple for patent infringement, this is the first one filed since Google officially took ownership of Motorola in May.

It’s just the latest in a widening war of patent suits, and signals that Google is ready to get tough with its new patent portfolio in Motorola. Google could be trying to change the momentum in a battle that until now made Google’s Android look more vulnerable than Apple’s iOS platform. That’s because Google’s Android system was so young, it had little patent defense against other players. Indeed, Motorola’s 17,000 patents was the big reason Google chose to buy Motorola in the first place. Foss Patents has a good overview of Google’s strategic reasons for this.

Notably, the Wall Street Journal is reporting that none of the patents asserted by Motorola in this newest claim is a “standards-essential” patent, which could help Motorola’s case for the ban, if the court finds that infringement did happen. Patents considered standards-essential are ones that courts consider so basically necessary for a given industry that patent-holding companies are required to license them at a fair, reasonable, non-discriminatory prices. However, if patents are not standards-essential, courts don’t require holding companies to license them.

However, from Motorola’s statement, it doesn’t appear that Motorola is refusing to license per se: “We would like to settle these patent matters, but Apple’s unwillingness to work out a license leaves us little choice but to defend ourselves and our engineers’ innovations,” Motorola Mobility said in an e-mailed statement to Bloomberg.