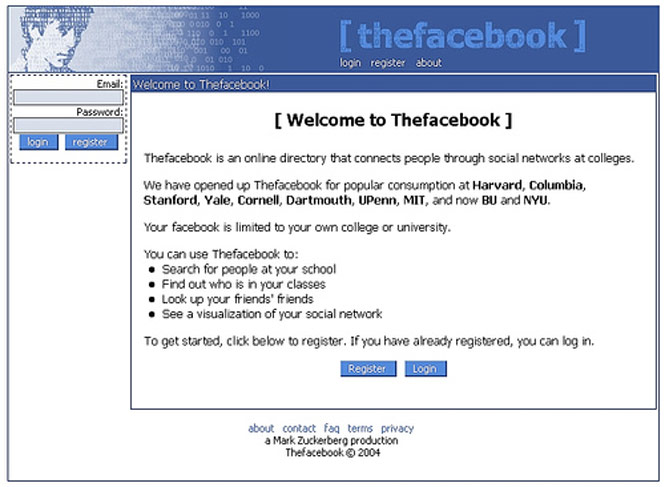 “Classes are being skipped. Work is being ignored. Students are spending hours in front of the computer in utter fascination. Thefacebook.com craze has swept through campus.”

This quote from The Stanford Daily was on the title page of Eduardo Saverin’s ad-sales media kit in 2004, Digiday reports. At the time, the budding social network served only the college market … and only had 20 schools launched, including Cornell, Duke, Georgetown, Princeton, and Stanford.

The social network’s mission at the time was almost laughable given the position Facebook has now reached as the world’s social network: expansion to “most of the schools in the United States.”

And with monthly growth rates in the thousands, user numbers were not exactly published information. “The growth rate is increasing,” the kit says, and pageviews are growing “in proportion to the growth rate of the user base.”

The site’s service, of course, was advertising, and there were two options: traditional banners and contextual ad placements. And targeting included 16 different factors, showing consistency in Facebook’s value proposition to advertisers over time: We know more about our users. 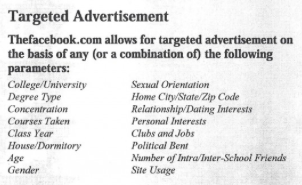 Most of the targeting factors are college, age, gender. Personal interests shows up, as does political bent and site usage. And … sexual orientation.

Its’s both a little amusing and quite instructive to see that in 2004, Facebook needed to educate potential advertisers about itself and the entire topic of social networking. Facebook, the media kit says, is an “online directory” to connect students.

And, it’s a little poignant to see the last page, a Contact Us page featuring Facebook’s CFO, a young Eduardo Saverin who did not keep his role — or his percentage of company ownership — for long. 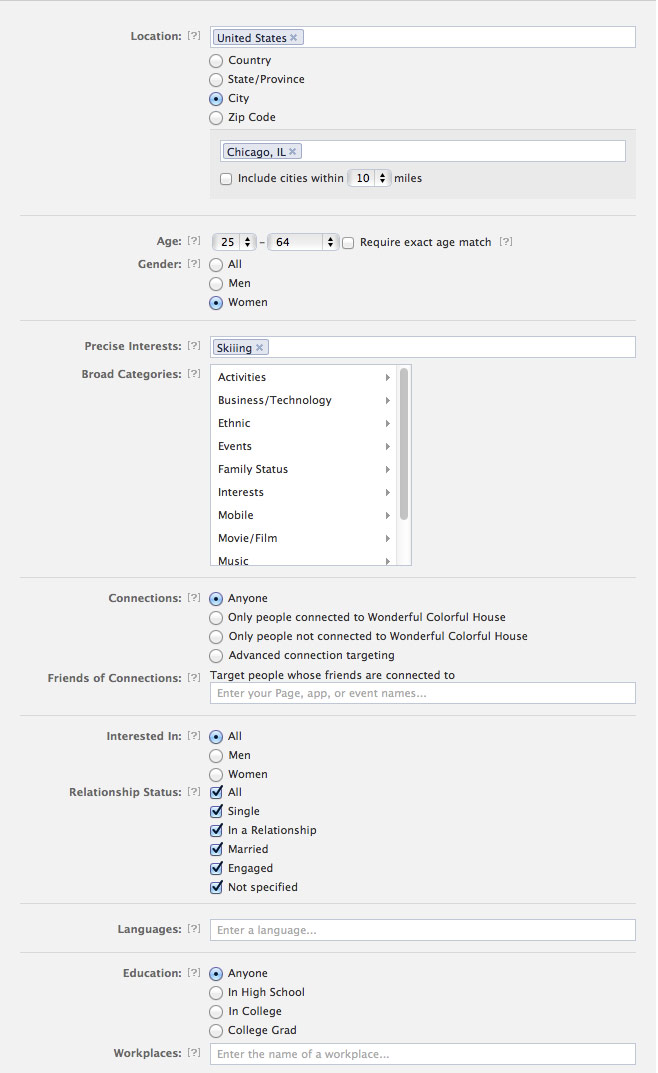