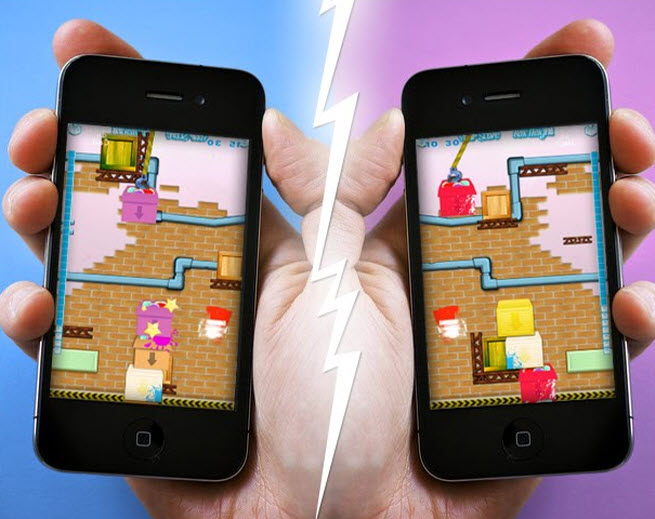 Gamorlive is a French game startup that has created a web portal for HTML5 multiplayer mobile games. 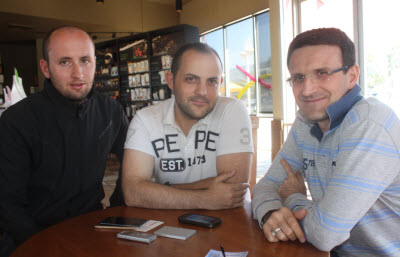 HTML5 is the new lingua franca for the web, and games written in the format can be made into cross-platform titles with very little duplicate effort. Gamorlive is taking advantage of this feature to enable multiplayer gaming across Windows Phone, iOS (Apple iPod Touch, iPad, and iPhone), and Android devices.

Users can play each other even if they are running different operating systems. The drawback of HTML5 is that it is currently slow, but there are ways to get around that problem, and Gamorlive is focused on two-dimensional “classic” games that aren’t as demanding when it comes to performance.

“We want to match people so they can play in real-time on our platform in the cloud,” said Didier Roggeri, chief operating officer of the firm, which is based in Nice, France. “We can’t do a 3D first-person shooter game, but for classic 2D games, this is plenty good enough.”

Gamorlive is like a social network for gamers. You can buy virtual currency, dubbed Geepez, with real money. Then you can purchase in-game items with the currency across the different games. You can also purchase and send gifts to other players. Players can bet on the games. Each player bets two coins. The winner gets three coins, and the fourth coin is split between the developer and Gamorlive.

Other companies such as Game Closure, Spaceport, and Ludei are creating game development tools and platforms for HTML5 games, mainly by combining Javascript with HTML5. Gamorlive is not creating its own game tools, but it does have an applications programming interface (API) so that HTML5 games can be ported to run on its platform. You can play games on Gamorlive’s own web site or on its app on Facebook. It is available now on Android and is coming soon to Windows Phone and iOS. 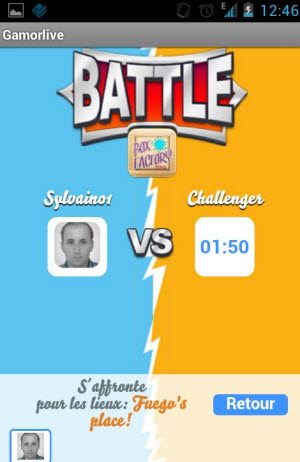 The social platform has location features. You can see who is nearby and play with someone who is at the same cafe as you. You can also compete to become the boss of a location, much like people do with location services like Foursquare. Once you identify another player, you can start a game with a few taps on the screen and then square-off in a live match. I watched Roggeri play against Pascal Boudier (pictured middle), chief executive and co-founder, in a game where you stack as many boxes as you can under a time limit. You can see a meter bar on the right that shows how much progress your opponent is making. If the bar rises all the way to the top, then you opponent has beat you. You can also chat with another player.

The company is in the process of setting up a headquarters in Silicon Valley. Roggeri said the company is seeking around $500,000 in funding now. So far, the company has managed without external financing. It has also had help from a large company that gave it 10 contract engineers to build the portal. The site is currently in beta testing. Version 1.0 should be completed by year-end. The company is also signing up third-party developers now.