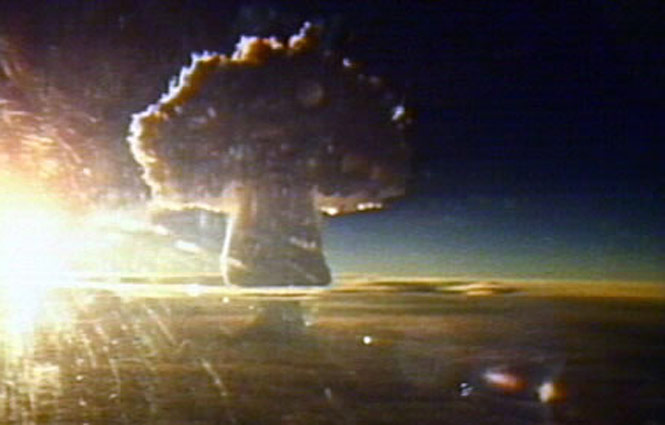 Google is finished with helping Samsung and other Android sellers with its left hand. It’s tired of Apple attacking Google by fighting proxy wars with Asian manufacturers. No more cold war, no more semi-civilized conflicts in third-world countries no one has ever heard of.

It’s the clash of empires: the $220 billion search and mobile giant versus the $650 billion personal computing and electronics giant. The open mobile operating ecosystem versus the closed, vertically integrated ecosystem. The propeller-heads versus the designers.

Last week Google threw down the gauntlet, knocked off the chip, and kicked some sand. Screw Kabul, they want Washington D.C.

The Google-Moto lawsuit against Apple announced Friday will, if successful, ban iPhones, iPads, and iPods from entry into the United States. That’s $30 billion in revenue just in one somewhat disappointing quarter.

At an equivalent annual run rate, that’s $120 billion in revenue. About 40 percent of Apple’s revenue is U.S.-based, and the vast majority is in iPhones and iPads.

During the cold war, the clash of empires was held to survivable levels by the doctrine of MAD: Mutually Assured Destruction. You can kill me, but I can kill you … so let’s just sorta get along. Now Google has told Apple that if it seeks to ban Android tablets and phones from importation into key markets, two can play that game.

The Commies have the bomb. And Steve Jobs’ famous thermonuclear quote — “I’m going to destroy Android, because it’s a stolen product. I’m willing to go thermonuclear war on this” — has come home to roost.

But in the passions and pride of full-nuclear patent-law battlefield lie tremendous harm for both. Wasted time, wasted effort, wasted focus … all adding up to wasted opportunity. Who does this legal clash of the titans benefit? Everyone else in the mobile market: Microsoft with Windows Phone; Nokia, perhaps, if it can get back on track, and maybe even the now little BlackBerry-toting RIM.

The also-rans in the mobile race are being gifted extra runway to try to possible make hay while a few glimmers of sun shine. All while Apple and Google are busy playing sojer boy and pushing launch buttons.

Somebody, please pick up the big red phone. Moscow, Washington: Have a conversation, and fix this.

Steve, we need you now.