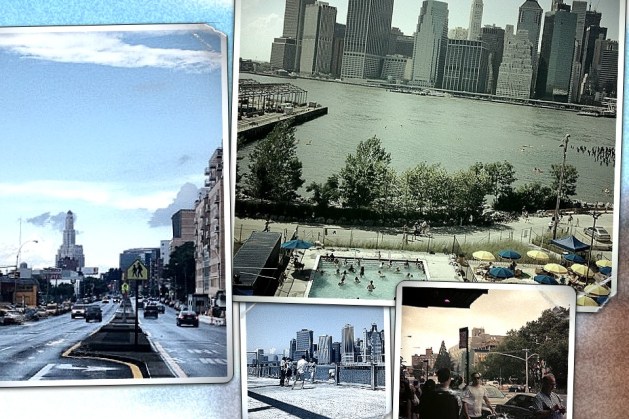 Fans of the social collage app Mixel received some sad news recently: The iPad app is being discontinued, and the Mixel social network will be shutting down in the next few weeks. But from the ashes of the iPad app arose a new version of Mixel on the iPhone dedicated to photo collages, which has quickly become one of our favorite new apps.

Quietly launched last Thursday, the free Mixel iPhone app is the simplest and most fun (dare we say, funnest) collage app we’ve seen yet. Just choose a few photos and Mixel will randomly shuffle them into an interesting design. Don’t like how it looks? Just hit shuffle for another collage arrangement (this gets addicting, trust me), or choose from six different styles of collages. And just like the iPad app, a social network is built around Mixel’s collage sharing.

Yes, Mixel is like an Instagram for photo collages — but it’s far more compelling than that description. Mixel’s slick, almost luxurious design practically begs you to keep making collages. And compared to other collage apps that I’ve used, Mixel’s ease-of-use and addictive shuffle button makes it far less of a chore.

The Mixel iPad app, despite being one of the more interesting apps we’ve seen and amassing a dedicated core community, just didn’t grow fast enough to be sustainable, cofounder and CEO Khoi Vinh wrote in a blog post earlier this month. Formerly the design director for the New York Times, Vinh is also a well-known graphic designer, so it’s no surprise that the iPhone app looks and feels so great.

“We had a hard time saying goodbye to the iPad app, but we knew we had to make a tough decision,” Vinh wrote in an e-mail to VentureBeat.

Still, Vinh said the Mixel team at New York City-based Lascaux learned quite a bit from the iPad app: “We learned a lot about creative friction, and how to minimize it for users,” Vinh wrote. “That’s at the heart of the new Mixel — the shuffle button is designed to make it painless to create a new mixel. We learned that visual conversations are really fun and addictive, so we’ve preserved the ability for anyone to respond to anyone else’s collage with one of their own.”

Lascaux has raised $700,000 so far, including $600,000 from a seed round that included Polaris Venture Partners, Betaworks, and Allen & Company.