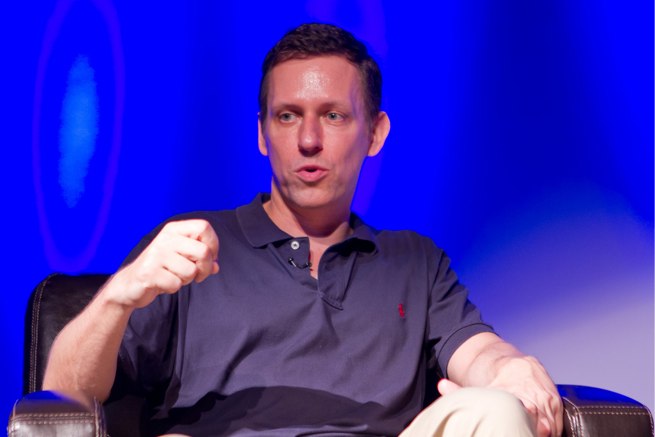 Peter Thiel, Facebook’s first outside investor and a member of the social network’s board, sold a majority of his holdings in the company for $395.8 million, according to a filing made with the Securities and Exchange Commission on Monday.

Thiel is the Facebook investor glamorized in the movie The Social Network for his role in helping the then college-only site transform itself into a billion dollar business that now reaches 955 million people each month. The cofounder of PayPal, Thiel has served on Facebook’s board since 2005 and is currently the managing partner at Founders Fund.

Beginning on August 16 (the expiration date Facebook’s first lockup period) and extending through August 17, Thiel completed 24 different sales of Facebook stock, spanning the funds that he manages with holdings in the social network. In total, the Facebook board member sold 20,058,068 shares for the sizable payout.

Prior to Facebook’s initial public offering, Thiel held 44.7 million shares in Facebook, or roughly 2.5 percent of the company. The billionaire serial entrepreneur sold 16.8 million through the initial offering, but he maintained 27.9 million shares split across Class A and Class B stock, per Facebook’s documentation with the SEC. In early August, Thiel converted all of his 9,297,884 Class B shares to Class A shares on a 1-to-1 basis to ready them for sale on the market.

The sell-off adds to bad news for Facebook, which saw its stock price take a big hit last week when other insiders rushed for the exits.

August 16 marked the end to the company’s first lockup period and 271 million shares were made available for sale as a result. Other investors who became eligible to sell include Accel Partners, Elevation Partners, Greylock Partners, Microsoft, Goldman Sachs, and Tiger Global. The stock will be tested further in the coming months as more than 1.5 billion additional shares will be freed for trading before the end of the year.

Facebook reported second quarter 2012 results of $1.18 billion in revenue and earnings per share of $0.12. The small win troubled Wall Street for two reasons: Facebook demonstrated to analysts and investors that it would continue to spend aggressively and failed to provide earnings guidance for the rest of 2012. The stock has struggled ever since. CEO Mark Zuckerberg recently characterized the price drop as “painful” for employees.