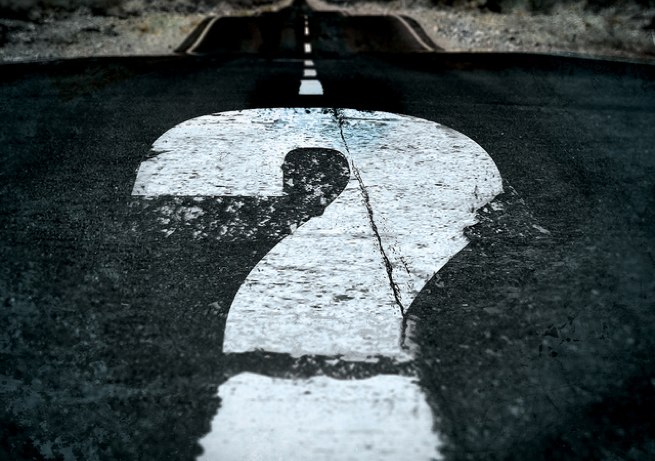 Quora is taking its conversation threads on the road with an embeddable quote feature that provides people with a way to pluck content from its pages and place it on their own websites.

Q-what is Quora, you say? The startup is the question-and-answer service founded by former Facebook executives Adam D’Angelo and Charlie Cheever. The nicely funded site has become a more highbrow version of Yahoo Answers, and it has attracted a strong following in the technology sector. Industry insiders and anonymous types often turn to Quora to discuss the inner workings and behind-the-scenes happenings of Silicon Valley startups.

But outside the Bay Area, you’d be hard pressed to find a person familiar with the site — at least by name (Quora answers do appear in search engines and direct unaware searchers to the site). Monday’s release could help the still relatively niche three-year-old startup gain more widespread exposure. 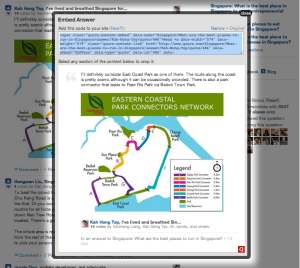 “Embedded Quotes,” as the feature is called, provides users with a way to grab entire or partial answer threads and embed them on their sites. The feature is specifically targeted at publishers and media companies, as reporters and web administrators can hit the “Embed” link below content and now easily grab snippets of code to add to their online articles, blog posts, and websites.

The quotes appearing on third-party sites should provide a publication’s readers with additional context, but it will also likely serve as additional SEO juice for Quora and hopefully direct more curious eyeballs its way.

Palo Alto, Calif.-based Quora has raised $61 million in funding since its founding in 2009. At the time of its last round, the startup had a valuation of $400 million.