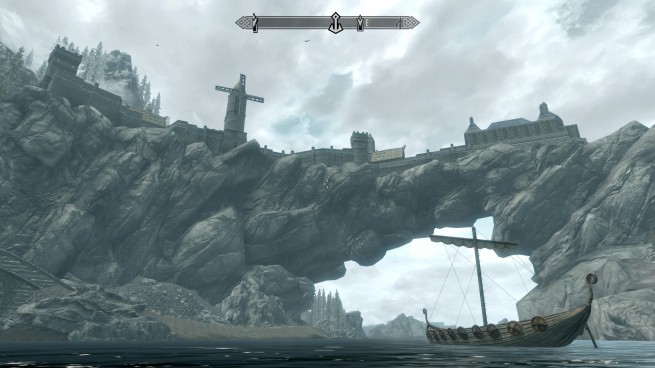 The Dawnguard expansion for The Elder Scrolls V: Skyrim is still missing from the PlayStation 3, but this doesn’t mean we can’t start unearthing information about the next bit of content for the open-world role-playing game.

Bethesda’s parent company, Zenimax, recently filed for a new trademark. The company submitted a request to the United States Patent and Trademark Office for the word “Hearthfire.” Also sometimes called Heartfire, Hearthfire is the fictional ninth month of the calendar in Tamriel, the setting for The Elder Scrolls.

We contacted Bethesda about the possibility that Hearthfire is the title for the next piece of Skyrim downloadable content. A representative for the studio replied that it does not comment on trademark filings.

Hearthfire correlates with our September. According to The Elder Scrolls lore, the third of that month is Tales and Tallows, an unofficial holiday that celebrates the dark magic of necromancy. Necromancers primarily deal in reanimating the dead. This has led some to speculate that Hearthfire could be Skyrim’s version of Undead Nightmare, which brought zombies into wild-west simulator Red Dead Redemption.

Of course, hearth is also the floor of a fireplace, so maybe this will add a quest to become a lovable chimney sweep. We’ve seen too many zombies. I’m voting for the chimney sweeps.