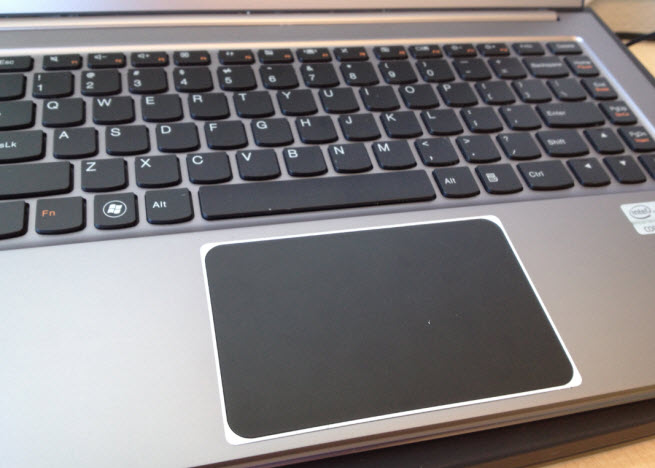 Synaptics wants its new ForcePad to be the user interface of choice for computing. The technology looks just like any touchpad for a laptop computer, except it detects the level of force you apply with your fingers. So you can press your index finger on the pad and see how the force can drive an action like scrolling down a page or turning an airplane in a game. 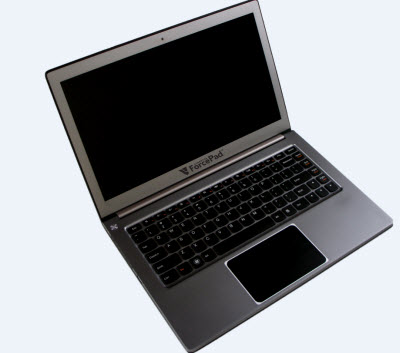 The ForcePad is one of several “gesture” technologies that Synaptics has created that could modernize the way we use computers and other devices. We got a close look at the ForcePad as well as the company’s latest ClickPad and ThinTouch Keyboard at the company’s headquarters in Santa Clara, Calif. Each demo was pretty cool, and you imagine the different ways the force technology can be used in controlling computer applications.

Synaptics has taken a small step in establishing the market value of the ForcePad, announcing today that its technology has been chosen for a prestigious user interface contest, the User Interface Software & Technology Student Innovation Contest. In the contest, students receive a hardware development kit to create a new application for the ForcePad over six weeks. Winners are chosen at the UIST Conference in Cambridge, Mass.

“If the ForcePad [pictured at top] had been around 15 years ago, I don’t know if we would ever have used the mouse,” said Rick Bergman, the chief executive of Synaptics, said in an interview with VentureBeat. “This is the biggest thing in touch innovation since the launch of the TouchPad in 1995.”

Founded in 1986 by microprocessor pioneer Federico Faggin, Synaptics has shipped more than 1 billion capacitive touch products since the 1990s. It launched its TouchPad touch-control system for laptops and replaced the two buttons on it with the ClickPad later on.

The ForcePad consists of a traditional multifinger, capacitive TouchPad, which replaces a mouse in a laptop computer. It also has variable force detection across a large area. Synaptics believes it will be ideal for redefining the touch experience in notebook and desktop PCs, particularly those with Microsoft’s upcoming Windows 8 operating system.

One of the best things that the ForcePad will help with is detecting unintentional touches on the TouchPad. If your palm brushes the pad, Synaptics can figure out from the size of the contact that it is not your finger. But the force detection will also improve accuracy because an accidental palm brush uses less force than an intentional finger tap on a TouchPad, said Ted Theocheung, the head of corporate marketing at Synaptics. 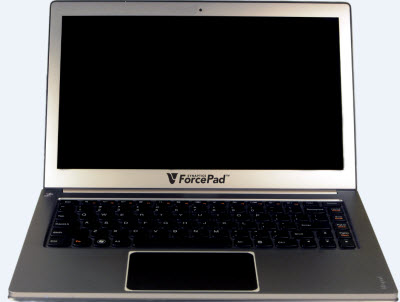 Windows 8 features a touch-oriented interface, and it arrives on Oct. 26. The “touch first” operating system is targeted at laptops, desktops and tablet computers.

But the ForcePad won’t arrive until sometime next year. The Windows 8 laptops are therefore likely to use today’s traditional ClickPads built by Synaptics. But once ForcePad arrives, it will enable thinner and lighter laptops, since the ForcePads are 40 percent thinner.

The ambition is to enable Windows-based devices to get ahead of rivals such as Apple in user interface design, said Patrick Moorhead, an analyst at Moor Insights & Technology.

“Both ThinTouch and ForcePad are significant technologies in that they greatly enhance the PC experience for Windows 8,” said Moorhead. “PC manufacturers, who are getting hammered by Apple in the premium PC market, now have a potential UI weapon to fight with that isn’t just playing catch up.  They have the chance to get ahead of Apple on the hardware.  OEMs (original equipment manufacturers) can no longer stick to their conservative user interface plans or try to save a dollar by buying cheap touchpads and keyboards.”

Before Synaptics can commercialize the ForcePad, it must build up the ecosystem among laptop manufacturers. It will also have to come up with a solid set of gesture applications for the ForcePad and create a tutorial that teaches users how to make the best use of it. That’s where the UIST contest comes in, as teams compete for cash awards for the best ideas.

The company has also designed force detection into its ThinTouch keyboard, which is also 40 percent thinner than a typical keyboard. Bergman said there is a lot more work to do on the keyboard before manufacturers can start churning out the devices. The ThinTouch keyboard will likely be ready sometime next year. When I touched the keys built with ThinTouch technology, they felt the same to me as a regular keyboard. But the keys are actually a lot shorter and create the illusion that you are pressing down by spreading the force out horizontally. 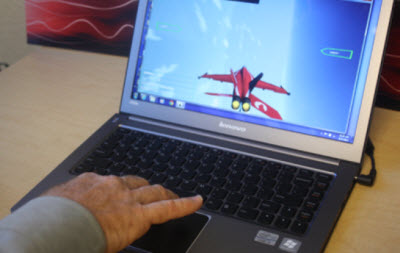 Three years in the making, the ForcePad adds a third dimension of control to a capacitive image sensor, detecting the pressure of five fingers with up to 1,000 grams of force sensitivity. The ForcePad has no mechanical hinges or tactile button switches.

I used the ForcePad to control an airplane in a game demo. It was hard to fly, but I could turn the plane by putting more pressure on the ForcePad with my right finger, or turn the plane in the other direction with my left finger. Another demo showed how you could move  your finger to the edge of the ForcePad, hold it down, and thereby begin scrolling on a screen.

Synaptics also showed off its touchscreens that are used in the latest HTC smartphones. The technology is better than others because it can detect finger swipes even if you have water on your fingers or if you’re wearing a glove. You can’t use an iPhone if you are wearing gloves, since it doesn’t have the Synaptics technology, said Jimmy Lin, senior product marketing manager at Synaptics.

Synaptics is also introducing thinner “in-cell” touchscreen technology that removes layer of glass in a smartphone, reducing the thickness of a phone by a millimeter and giving it better battery life. It also has technology that lets you hold an image with your left hand and then draw on a screen with a stylus in your right hand. The combination of finger and stylus touch is an improvement over current technology. Synaptics has also combined a couple of chips inside a touch controller so that it can eliminate the lag time between when you touch a screen to the point where the computer detects it. That results in much faster and more accurate finger detection.

“Not all touch is created equal,” Lin said.