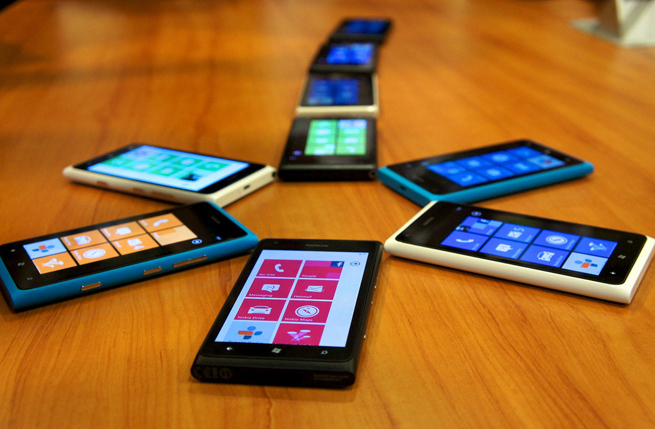 Microsoft’s Windows Phone platform will likely overtake Research in Motion’s BlackBerry market share in the U.S. by the end of this year, according to new data from StatCounter.

The data, which was first posted by WMPoweruser, projects that in November Windows Phone will reach a 1.5 percent install base in the U.S., while BlackBerry’s market share will slip just under that. That means by the end of this year, Android and iOS will practically have the market to themselves.

Next up on the Windows Phone agenda is Windows Phone 8, which includes a ton of new features. The launch of devices with the updated smartphone OS is expected before the launch of Windows 8, which lands on Oct. 26. There’s a rumor floating that Nokia will launch the first Windows Phone 8 devices in September.

Take a look at StatCounter’s chart below to get a better look at BlackBerry’s quick fall and Windows Phone’s slow rise: 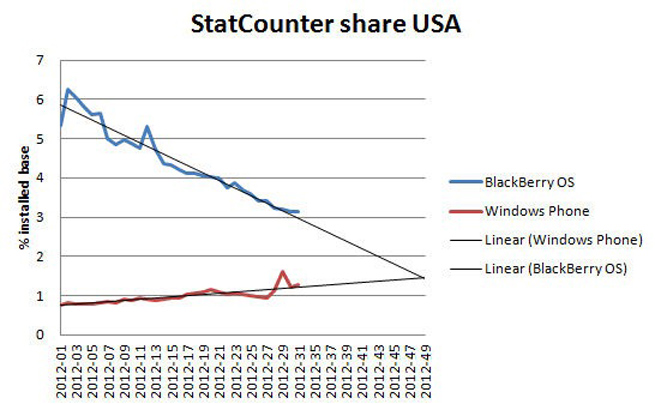