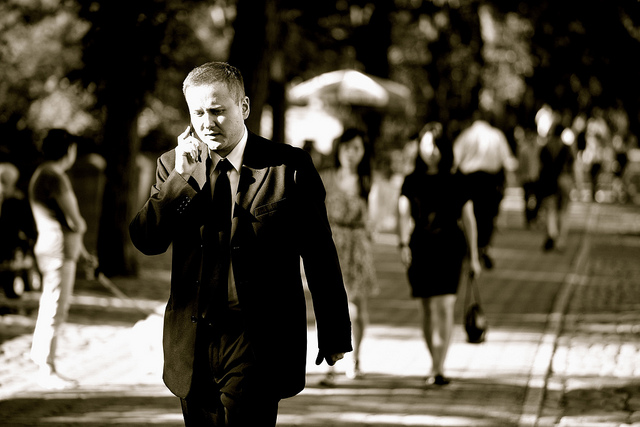 Yext, the New York City-based company that lets businesses manage their online listings, announced today that it has sold off its pay-per-call ad division (recently spun-off as “Felix”) to IAC-owned CityGrid Media.

Yext initially started off as a smartphone call transcription service for businesses, but the company eventually saw a greater opportunity in its PowerListings product, which lets businesses manage their information across 50 online publishers. Now Yext will be able to focus on PowerListings completely, and it will spend “every penny” of the Felix sale proceeds to power the new product, CEO and co-founder Howard Lerman wrote in a blog post today.

Terms of the deal weren’t disclosed, but TechCrunch reports that it was around $30 million. Yext just recently raised $27 million in a fifth round of funding, bringing its total to more than $65 million from Marker, CrunchFund, Sutter Hill Ventures, Institutional Venture Partners (IVP), WGI Group, and others.

In addition to being good news for Yext, Felix will likely be a great addition to CityGrid Media, which runs popular local business sites like Urbanspoon and Citysearch.

The sale was inspired by advice Lerman received from venture capitalist Ben Horowitz, after he passed over investing in Yext with legendary VC firm Andreessen Horowitz. Horowitz suggested selling off Yext’s pay-per-call ad business to grow the company, but Lerman thought the notion was crazy at first (especially since the Felix business accounted for 90 percent of Yext’s revenue at the time).

“A few months later, I realized that’s precisely what Ben did!” Lerman wrote. “In pivoting LoudCloud to Opsware, he sold LoudCloud’s hosting business to EDS to raise capital and achieve total strategic clarity in building Opsware.  That was maybe a crazy bet, but it turned out to be the right one.  But aren’t the best bets [always] the crazy ones? I set the wheels in motion to find a great home for Felix.”

In an interview with VentureBeat back in June, Lerman recounted the unique position Yext was in when he decided to focus on PowerListings last year: “Starting a business is a scary proposition, but it’s even scarier to bet a company that’s doing $30 million in revenue this year — and growing — on a totally unproven business model. To the credit of my team, they didn’t blink when I said we were doing something else … I’m not even sure we recognized how crazy it was [at the time].”

Selling off Felix makes sense for Yext, especially since the two divisions have literally been working on two separate floors in their huge New York City offices. Now Yext has no major distractions in its pursuit to own local business listings, a market that will become increasingly important as businesses move towards mobile payments.