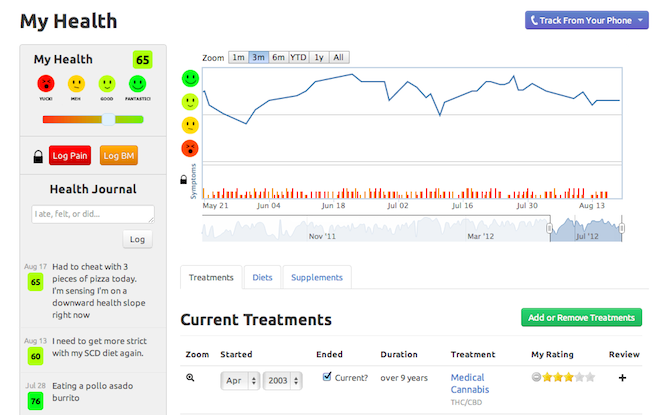 Healthy Labs is one of several promising startups that’s building an online community for people with chronic health conditions.

For Healthy Labs and other companies in the space, they have a significant opportunity to use technology to make a difference in the lives of millions of people. Research has shown that 50 percent of Americans are living with a chronic disease.

As Healthy Labs’ founder, Sean Ahrens (below left) knows firsthand, it can be a challenge for patients to connect online to share personal stories, as well as to track the best medications to take or the top physicians in the local area.

Ahrens has lived with Crohn’s disease for 14 years. 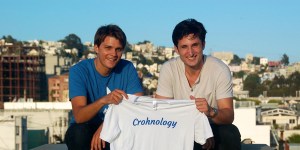 “Patients are turning to Twitter or web forums to learn from other patients,” said Ahrens while pitching the company at the Y Combinator Demo Day.

He formed the idea for the site based on his own experiences. At the age of 24, he developed a mobile web tool to track his health when he was doing alternative therapies to see how well they were working. The company became a reality when Ahrens joined forces with Will Cole (pictured right), a computer science student at UC Berkeley.

When Healthy Labs’ founders offered access to the first version of their social network (known as “Crohnology”) to 100 users with Crohn’s disease in San Francisco, it quickly spread to 1,400 patients. In a few short months, they’ve amassed a database of 9,000 treatment reviews on this specific condition, which is useful for physicians, researchers, and patients.

The Y Combinator-backed startup faces competition from PatientsLikeMe and MyHealthTeams. This month, MyHealthTeams pulled in $1.75 million in funding, and it’s showing strong signs of early growth. While these competitors are developing similar technology, they’re targeting different markets. MyHealthTeams, for instance, focuses on forging connections between parents of autistic children, and Healthy Labs’ offered access to its private alpha to people with colitis and Crohn’s disease.

With its first round of funding, the Y Combinator-backed company hopes to extend its social network to a variety of chronic conditions.