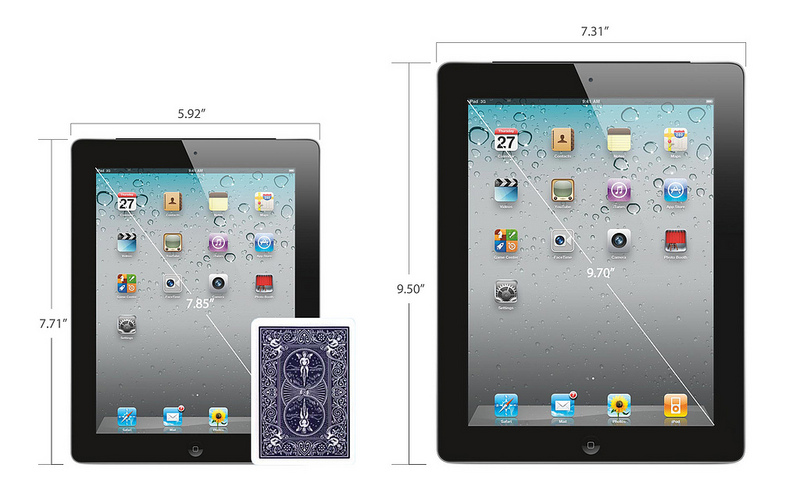 The iPad Mini is ramping up production, according to DigiTimes, the Taiwanese technology news service that often — but not always — has strong insight into component supply chains that help guesstimate both future products and sales volume.

Mini rumors have been flying for literally months.

Even Steve Jobs liked the Mini, according to an email by Apple’s SVP for Internet software and services Eddie Cue, revealed during the ongoing Apple-Samsung court battle. And the launch date, according to yet more rumors, is estimated at September 21.

The Mini is expected to hit 4 million units a month, which would be extremely aggressive for a new product launch even for Apple. Especially given that Microsoft is only building an estimated three million units of Surface tablets for the entire year, and that in the most recent quarter the original iPad itself sold just under six million units per month.

But Apple typically is aggressive. Remember when iPod Nano came in — it was such a big deal back then — and Apple obsoleted itself?

By setting production at 4 million units a month, Apple would be stating two things: First, the company is OK with some level of cannibalization of existing iPad sales, and second, the company is pretty confident that a Mini, at a lower price point, will open up a whole new market of iPad buyers.