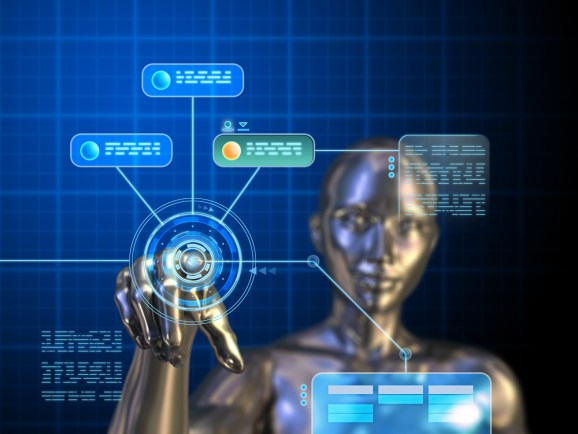 Vicarious is building A.I. software based on the human brain. Sounds cool, right? VCs thought so, too, and they backed it up with $15 million in the startup’s first round of institutional funding.

The round couldn’t have come from bigger, hotter names, either. Funding was led by Good Ventures, the investment firm run by Facebook and Asana co-founder Dustin Moscovitz, with participation from Founders Fund (run by Sean Parker and Peter Thiel) and a handful of others.

But enough about the venture capital hotshots; let’s talk about the cool stuff: Vicarious’s technology.

One of the startup’s cofounders is Dr. Dileep George, a longtime A.I. and neuroscience researcher who previously came up with the concept of hierarchical temporal memory, a machine-learning model that mirrors some of the structures and algorithms of the neocortex.

At Vicarious, he’s taking those software-mimics-brain models a step farther with the Recursive Cortical Network. For more details on how George’s computational paradigm works and the theories it’s based on, check out this clip from the startup’s presentation at the Singularity Summit last year:

So far, George has used this model to create a vision system that can parse objects in media, such as videos and photographs, in the same way that you or I would parse them. Aside from the obvious implications for multimedia search, Vicarious thinks the tech it’s developing could work wonders for industries such as medicine and robotics.

“Building machine intelligence is one of the most important and challenging problems humanity has ever faced,” said George in a statement on the funding.

“We are honored to pursue this long term goal with the support of investors who share our deepest values,” added Vicarious cofounder D. Scott Phoenix.

Vicarious was founded in February 2011 and is based in Union City, Calif (that’s in the East Bay, just across the Dumbarton Bridge from Palo Alto). We can’t find any records of the company having taken angel or seed money in the past. Also, needless to say, the company is now hiring, and it’s looking for hybrid scientist/engineers who excel at everything “from algorithms to low-level optimizations to GUI code and back.”