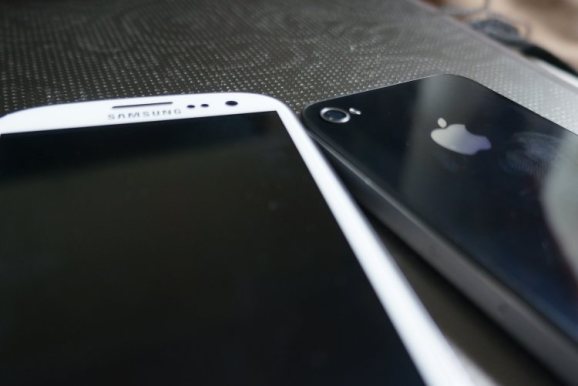 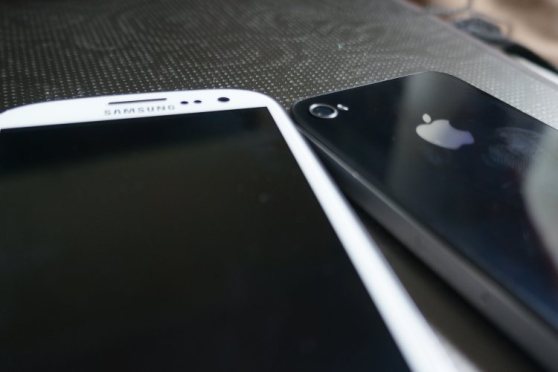 Whichever way the verdict breaks, the Apple-Samsung patent trial will have wide implications throughout the technology industry.

Lawyers for the two sides wrapped up their closing arguments yesterday. Today, the jury deliberates and fills out a stack of paperwork. A verdict could come as soon as tomorrow.

“It’s a very important decision you have to make,” Samsung laywer Charles Verhoeven told the jury yesterday, according to SFGate. The decision “could change the way competition works in this country.”

At the heart of the issue is Apple’s claim that Samsung’s phones and tablet devices infringe seven of Apple’s patents, ripping off the iPhone and iPad’s design. Samsung, naturally, disputes this claim, and it has also filed a countersuit claiming that Apple infringed five of its own patents relating to wireless technologies. The jury will decide the outcome of both the suit and the countersuit in this trial.

Apple ended its closing remarks asking for the jury to consider damages of $2.5 billion, the assumed profit Samsung made off of the phones, if they find the accused products infringing. If Apple prevails, it has also asked the court to prohibit Samsung from importing the infringing products into the U.S. Samsung claims Apple did not take into account operational costs that Samsung put into those phones, and that it actually owes Apple just $22 million. In addition, the countersuit claims that Apple owes Samsung $422 million.

But the implications are far wider than monetary damages and import restrictions for these two companies.

“At stake is whether patents are a competitive tool for use to control market share,” said Cheryl Milone, the founder and chief executive officer of Article One Partners, a community of patent researchers, in an email to VentureBeat. While patents can and have been used for competitive purposes, Milone points out that this trial turns on a less-tested arena: The patentability of a device’s design and usability, or “trade dress” in the terminology of patent law.

“The outcome of this trial will govern the development of an industry where consumer marketing is the key driver, whether its breakthrough designs or consumer usability such as easy texting or photo sharing,” Milone said.

Apart from the impact on tech companies, this trial’s outcome will affect what the smartphone market looks like and how varied it is.

“If Apple succeeds in keeping Samsung at bay, industry designs will diverge and strengthen Apple’s market advantage,” Milone said. In other words, any company making tablets and phones will need to go back to the drawing board and look for ways of differentiating their designs — not an easy challenge when consumers seem to favor devices that are primarily large, flat touchscreens.

On the other hand, Milone said, “If Apple’s damages case falls short, designs will become more uniform in the smartphone market.” If you thought today’s phones looked like copycats of each other, just you wait.

That’s especially critical for Apple, which has seen a tremendous amount of competition in the five years since it launched the iPhone as manufacturer after manufacturer jumped on the touchscreen phone trend. A similar thing happened after the launch of the iPad in 2008: A previously moribund tablet computer market came back to life, as manufacturers like Samsung, HTC, Toshiba, and others all released touchscreen tablets.

Most of these new tablets and phones are running Google’s operating system, Android, which now holds more than 68 percent of the worldwide smartphone market, according to Gartner. So the trial has enormous implications for Google as well — which may explain why the company took a preemptive strike against Apple recently, seeking to ban import of iPhones and iPads into the U.S.

This case reaches well beyond the two litigants.

Regardless of the outcome, the trial will set a strong precedent that will affect the interpretation of patent law for years to come. The entire industry may have to shift in order to respond to the new conditions.

“This case reaches well beyond the two litigants, both of which were asserting intellectual property rights,” said Linda D. Kennedy, an intellectual property lawyer and a shareholder in the Detroit office of law firm Butzel Long. “The winner can expect to face new competitive innovations emerging in the marketplace that don’t tread as closely to its rights.”

That’s on top of a significant reform of U.S. patent law that went through in 2011, which patent lawyers — and the U.S. Patent Office — are still adjusting to, Kennedy told us.

“We are all getting our hands around the new laws and regulations, and developing strategies with our clients to best grow their businesses and profit margins in the new regime,” Kennedy said.

(Aside from that, intellectual property needs still more reform — but that’s a separate topic.)

So, who’s most likely to win? Neither Kennedy nor Milone accepted our offer to predict the outcome ahead of time, but Kennedy put Apple slightly ahead of Samsung.

“Of course, one can never be certain,” Kennedy said. “That’s the nature of risk. Given what we’ve seen so far, and with the impact of the evidentiary rulings, I give a slight nod to Apple.”

In that, Kennedy agrees with VentureBeat readers, who favored Apple 36 percent to 13.7 percent in a highly unscientific poll over the weekend. Note that Apple came out only slightly ahead of “Neither,” with 33.5 percent of readers expecting that the trial’s quotable Judge Lucy Koh will put the hurt on both companies.

Naturally, this trial isn’t the end of the story: Whichever side loses is sure to appeal anything that can be appealed, which means the legal questions won’t be fully settled for a long time, Milone said.

“In the meantime, the industry and public have had a rare glimpse into the inner workings of two worldwide brands representing different views of the smartphone markets,” said Milone. “Regardless of the outcome, the clash of these titans has been a privilege to observe.”