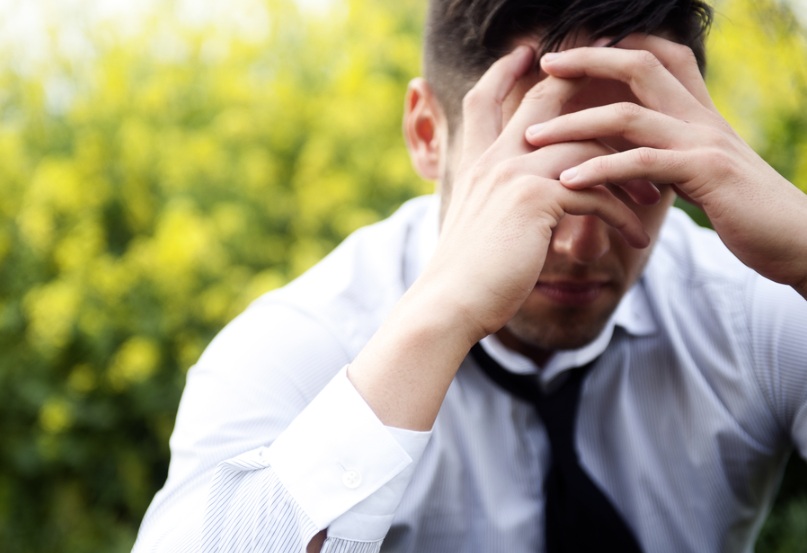 Starting a new business is like taking a massive emotional rollercoaster ride. It’s not just the ups and downs, it’s the intensity and frequency that’s incredible.

Nobody in my family ever received a higher education, and I myself HATED school. (I didn’t read a book until I was 16.)

One day I had a big fight with my older brother about success in life. He was arguing that in order to be successful in life you have to either be academically successful and become a doctor or a lawyer or do criminal things to get rich quick. (He had recently watched Scarface.)

I didn’t like either of these options, so I pushed back saying that there must be other paths to success. We argued back and forth until he looked at me and said: “Ok smartass — what is YOUR plan for success? What are you going to do with your life?”

That was it. Silence. I had no idea. That moment changed my life forever.

I couldn’t look at myself in the mirror or sleep at night. It was that argument that made me realize how ignorant and clueless I was.

From watching “Wall Street” I knew that business and stock markets were a way to make money. But I really didn’t know anything about it.

So I bought the cheapest book I could find on the matter, hid it under my jacket when I came home, and read it in secret so my brothers wouldn’t make fun of me.

But this led to buying a second and a third book and starting to read more and more about business and entrepreneurship.

Before I knew it, I dropped out of high school and started my first business.

At first, it was all about money. But after I began earning more in a month than my mom did in a year, I realized that I really didn’t care about money and that it never made me happy.

I discovered that what genuinely made me happy was growth.

Driven by these lessons, I started another company in Europe, then another until, five years ago, I finally had an idea that I thought was so big that it would be my legacy in life! (I later realized that when you’re an entrepreneur you have one of those big ideas every other week.)

It was an idea for a tech startup, but until that point I had no clue about technology.

So I decided to do the only reasonable thing: I sold everything I had, bought a one-way ticket to Silicon Valley, surrounded myself with smart people, and learned everything I could about building a tech startup.

I arrived in Silicon Valley chasing this dream of entrepreneurship, with the desire to build a company that would change the world. (Sounds familiar, right?)

I knew entrepreneurship would be a never-ending rollercoaster ride, but I wasn’t prepared for what happened.

I was so consumed by my dream that I had zero perspective to see clearly. After a while, I forget that it’s just a ride.

If you don’t pay attention, it will lead to some dramatic emotional consequences. Entrepreneurs have some bad habits, which I adopted — some bad beliefs that can become very dangerous:

2. Working all the time.

3. Trying harder — if something doesn’t work, you simply have to try harder.

Fast-forward a while. I hadn’t seen my family in three long years, and then my brothers decided to visit me in San Francisco. The day they arrived it was raining like crazy and cold. When we arrived at my apartment, my roommates screamed at me because our electricity was shut off — I hadn’t paid the bill.

Sitting on the floor of my room, looking at my brothers trying to sleep that night in their jackets and tons of blankets, I couldn’t sleep. I sat there thinking about the argument I had with my brothers years ago.

It broke my heart, which hurt so much. I was a failure.

It’s crazy, but I couldn’t quit.

I dragged on like this for over a year. Depressed. And then I finally accepted that my dream was dead. My company was done.

That was a year and a half ago.

After a few days of mourning, I decided that it was time to start looking for a real job to make some money and get back on my feet. But I quickly fell into starting another venture.

What can I say? I’m an entrepreneur.

This time, however, I knew I had to do it differently. I wanted to be happy. So I tried some new things!

Today I live a life that I define as happy:

Entrepreneurship is an amazing and adventurous journey, as well as an intense growth experience. It’s a blessing to work on new ideas, solve big problems, and create something from nothing.

Everyone should consider entrepreneurship as a real choice for success and happiness in life.

If you are thinking about becoming an entrepreneur, or if you are an entrepreneur, I applaud you. Just don’t forget that it’s all just a big thrill ride. Keep your balance no matter how high the highs or how low the lows.

Be happy. Because at the end of the day, that’s all that really matters!

Steli Efti is a high school dropout, self-taught entrepreneur, anonymous learning addict, and owner of a one-way ticket that took him from Europe to San Francisco where he founded Supercool School, VibaTV and SwipeGood. As an alumni of Y Combinator, Steli recently launched Elastic, Inc., offering sales-as-a-service to other startups here in Silicon Valley and throughout the U.S.