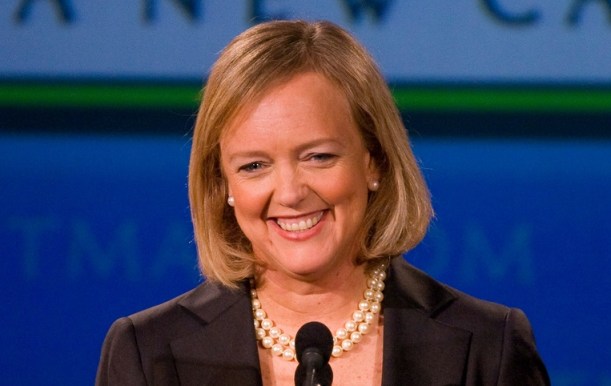 Hewlett-Packard reported its biggest loss in its 73-year history Wednesday, as it disclosed numbers for the third fiscal quarter ended at the close of July. That’s a huge setback for a pioneering Silicon Valley company and the world’s largest maker of PCs and computer printers.

With such a loss, chief executive Meg Whitman will face considerable scrutiny from investors, analysts, customers, and the company’s estimated 350,000 employees. The size of the loss shows how much cleaning Whitman still has to do.

“HP is still in the early stages of a multiyear turnaround, and we’re making decent progress despite the headwinds,” said Whitman in a statement. “During the quarter we took important steps to focus on strategic priorities, manage costs, drive needed organizational change, and improve the balance sheet. We continue to deliver on what we say we will do.”

Much of the GAAP loss is related to a write-off of the value of its Enterprise Services division, which has been weighed down by the poor performance of Electronic Data Systems business that HP bought for $13 billion in 2008. The weakness at HP is in lockstep with Dell’s own disappointing quarterly report yesterday. HP’s earnings will be watched closely, since the company is a bellwether among tech companies.

“HP has been in restructure mode the last 11 months, and now Whitman needs to flex HPs muscle and position in cloud, security, and big data,” said Patrick Moorhead, an analyst at Moor Insights & Strategy. “These three items are enterprise’s hot buttons right now and HP has the goods to provide unique value.  In parallel, HP needs to clearly articulate how they will keep winning in PCs, as they are under market share attack from Lenovo.”

Analysts were expecting HP to report a loss of $4.31 to $4.49 a share — or $8.5 billion to $8.9 billion — for the three months ending July 31. That’s part of the price that HP has to pay for losing to Apple in the tablet and smartphone wars, as well as sluggish performance in its enterprise group. PC sales are under pressure as tablets horn in on laptop sales.

HP said that its forecast for earnings per share for the fiscal year ending October 31 will be $4.05 to $4.07 a share, at the low end of its previous guidance, on a non-GAAP basis.

It is the worst loss since HP started in 1939. Chief executive Meg Whitman is still coming up with plans to turn around the company, after a year on the job. One of her initiatives is to cut HP’s staff by as much as 27,000 over a couple of years, recording a charge of $1.5 billion to $1.7 billion.

HP is banking on a revival for its PC business as Microsoft launches its Windows 8 operating system on Oct. 26.