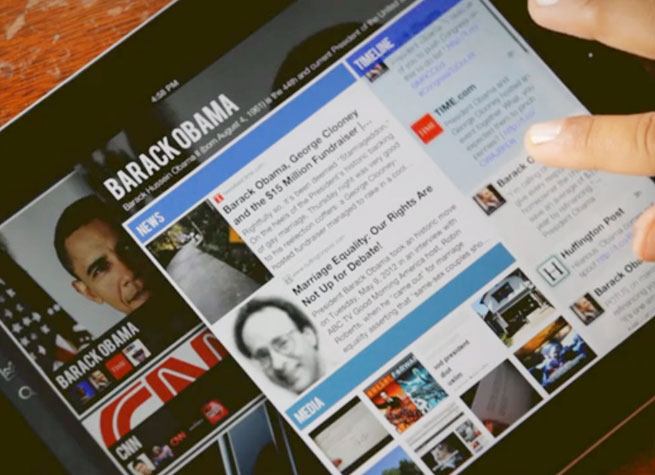 Twitter’s API changes have made quite a few folks shy about launching Twitter clients. Not Thirst. This team has just put out a new version of its iOS app, and it’s without a doubt the prettiest Twitter client we’ve ever seen.

It’s also a pretty big gamble. Twitter has asked developers — warned developers — repeatedly over the past couple years to not make Twitter clients for consumers, to not reproduce the Twitter experience in a new skin with new interactions.

Thirst is in some ways everything the Twitter developer relations team has been working to prevent. But it’s so damn gorgeous.

This is roughly the same situation we pointed out a couple weeks ago with Twheel. Twheel is a pretty, innovative new mobile app that also reskins Twitter and runs into the same problem.

As Twitter developer relations chief Ryan Sarver told VentureBeat in a recent interview, “The most important thing for us as a platform is to give people a clear idea of where we’re going.” And since the Chirp conference in 2010, the company’s message has been clear: Don’t build consumer-facing clients; we build the clients around here.

“We can’t put out a complete roadmap for competitive reasons and because roadmaps change,” Sarver said. “The best way to go about it is to give directional guidance, to give some boundaries that people can build up to.”

Thirst’s founders, Berkeley grads Anuj Verma and Kunal Modi, are aiming to skirt the long arm of Twitter’s API justice by claiming their app is all about natural language processing, not re-skinning Twitter.

In an introductory email, a company rep told VentureBeat, “While many are voicing concerns about Twitter’s attitude toward developers, Thirst Labs is focused on growth opportunity. With more than 340 million tweets posted per day — and more than 70 percent of those tweets receiving no response from followers — Thirst sees a huge opportunity in using natural language processing to transform information from Twitter and other social channels into an organized, relevant information stream.”

In follow-up conversations, Verma told us that Thirst v1.2 was Apple-approved before Twitter’s API changes were announced; consequently, the team didn’t have the opportunity to make changes to the app before its release.

But, Verma stressed, “Our app already closely adheres to Twitter’s display guidelines. So when those guidelines become requirements, Thirst will not be impacted.”

Briefly, Thirst changes your Twitter stream from a chronological timeline flooded with tweets and links of varying degrees of importance into a Flipboard-like interface that shows you the content you’re most likely to care about and interact with.

But regardless of the algorithms they’re using to reorganize the Twitter stream, it’s still a mobile Twitter client, one that competes with the official Twitter apps for iOS.

Also, in filtering tweets and trends, it’s quite possible that the app is stripping out Twitter’s bread and butter: its suite of promoted tweets, trends, and profiles that act as in-app advertising on Twitter.com.

On top of all that, Thirst’s core value-add (curating tweets you’ll care about) is duplicative of Twitter’s new-ish Discover tab, which purports to surface “stories [about] what’s happening now, tailored for you.”

A company rep told us that the Thirst team sees the situation differently; they’re more than just a Twitter client. “Thirst Labs would probably be categorized along the same lines as Storify and Favstar — two examples called out by Twitter as companies that add unique value as opposed to just recycling existing content.”

Thirst is bold and beautiful, but its young team is fighting an uphill battle with another company’s API. They — and we — will have to wait and see what Twitter’s reaction will be.

Thirst Labs is based in San Francisco, Calif., and has taken an undisclosed amount of funding from BlueRun Ventures, Steve Newcomb, and Jason Krikorian. The startup was founded last year.