Hollywood North? L.A. with rain? The city that riots whenever its hockey team doesn’t win the Stanley Cup?

Americans might think of Vancouver in many ways — but typically not as a tech startup mecca.

And yet Summify, A Thinking Ape, OpenCal, TinySpeck, and PhoneGap are just a few of the city’s better-known startups of the past few years. Along with established-but-still-young companies such as Hootsuite, these startups have joined multinationals Electronic Arts, Sierra Wireless, Pixar, Sony, and Microsoft in the Vancouver area.

Just don’t ask the venture capitalists who take the 3-hour flight north from Silicon Valley. They have their own thoughts about Vancouver startups, but they’re not likely to reveal them to you. They’re too busy trying to snap up undervalued Canadian companies.

Debbie Landa remembers talking to VCs from Bessemer who were coming up to Vancouver a couple of years ago. She’s the chief executive of San Francisco-based Dealmaker Media and doyenne of the GrowLab accelerators as well as the Grow Conference, which is now an annual event in Vancouver (it kicks off today).

Above: A view of Vancouver from the south, with BC Place and Rogers Arena in the foreground.

“They [the Bessemer VCs] were a little shocked to hear that they were not the first,” Landa told me. “But the first people to register for Grow were VCs from Accel and Battery, and they’re all at each other’s throats in competition.”

“I see the tech scene in Vancouver in three slices,” Olivier Vincent says.

Vincent’s an entrepreneur with several exits under his belt, including local-search company Canpages for $225 million. Vincent is working on a new startup, Hipparcos Technologies (presently in stealth mode).

“There are the big names, the up-and-coming startups, and the investment community,” Vincent said.

The big names are often regional offices for international technology-related companies: Microsoft, Sony, and Pixar fit into this category, as does Electronic Arts, which maintains a big presence in the Vancouver area. (Rumors have been swirling about Google opening a Vancouver office, but those remain just rumors, according to Leslie Church, a Google public relations representative.)

HootSuite is also becoming a big name, with ambitions to be a billion-dollar company in the social media management space. 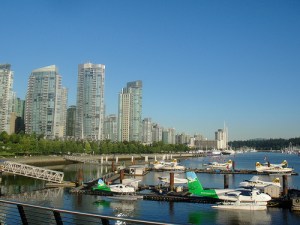 Smaller companies that have developed solid niches and funding include A Thinking Ape, a gaming company; and AirG, the mobile social network with upward of 50 million users, mostly on feature phones. Make5, Suite101, and PC HelpSoft are a few of the others gaining some traction.

Some of the companies of this scale have been acquired: OpenCal by Groupon, PhoneGap by Adobe, and MetroLyrics by CBS, highlighting that one of the challenges in Vancouver is the money side.

VCs flying up from the valley help provide liquidity, but local angels and VCs are in somewhat short supply, meaning that acquisition at fairly lower numbers early in company’s lifecycles is common.

One of Vancouver’s most prominent startup investors is Boris Wertz. The other GrowLab founder (with Landa), Wertz is in some sense a Vancouver version of PayPal alumnus and 500 Startups founder Dave McClure. Except, of course, without McClure’s f-bombs and middle fingers.

Wertz has funded about 35 startups through first W Media Ventures and now Version One Ventures, which has raised a $15 million “micro-VC” fund to make $250,000 to $500,000 seed and Series One investments. Summify was one of his investments, and it was also a significant exit when Twitter bought the company for an undisclosed amount. 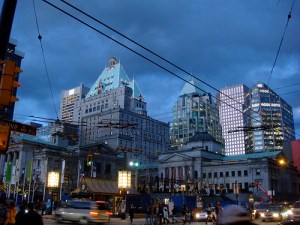 But he doesn’t have enough local competition — as he himself said in an interview with Canada’s Globe & Mail newspaper: “I’d say 90 percent of consumer Internet projects in Vancouver come through me. I wish it weren’t that way. It’s not healthy.”

Healthy or not, Wertz is seeing a lot of new potential in Vancouver, and that is something he likes.

“Some of the hottest new startups I see in Vancouver right now are Indochino, A Thinking Ape, and Unbounce,” Wertz said when we chatted last week.

But competition is coming, both from the Bessemers and Accels. And from the real Dave McClure.

McClure is in Vancouver for the Grow conference. It’s not going to be his first visit, says Landa, and he has not been idle.

“Dave McClure has been doing a ton of investing,” Landa said.

No, it’s not Silicon Valley north

It is, of course, de rigeur to compare every new tech hotbed with Silicon Valley. And the reality is that the best of them fail the test.

The valley has everything, as Robert Scoble told me a month ago: 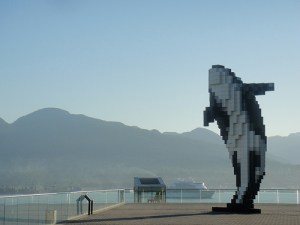 Above: Digital Orca and cruise ship looking north from Vancouver.

“First of all is money,” Scoble said. “You can’t get funded to do risky weird shit in very many places. Secondly, it’s PR: Most of it is here. Third, it’s talent: The guy who built a 20,000 node server farm for eBay, he lives here. You can’t get that anywhere else.”

“Just on Sunday walking on the beach I ran into the guy who runs the welding team at Tesla … he lives here, not anywhere else. It happens every single day, and you just don’t have this anywhere else.”

Vancouver’s not there yet, especially on the money and PR side.

But it is a thriving and innovative technology hotbed and, to this point at least, a source of good deals for cheap acquisitions.

And someday, if Wertz’ vision comes to fruition, it could be much more than that.