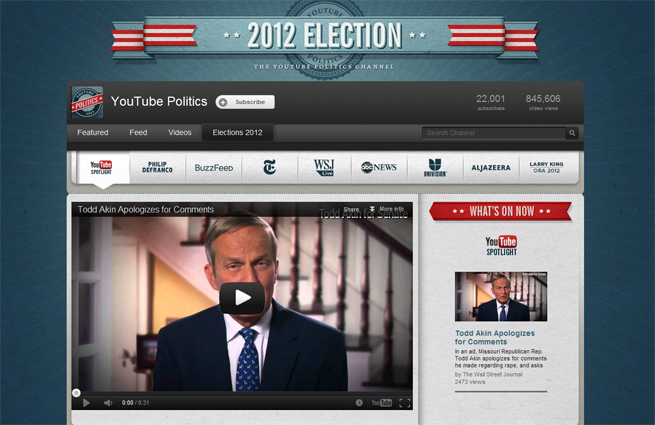 “You can watch all of the live speeches from the floor of the upcoming Republican and Democratic National Conventions, see Google+ Hangouts with power brokers behind the scenes, and watch a live stream of the official Presidential and Vice Presidential debates,” YouTube News Manager Olivia Ma wrote in a blog post announcing the Hub. “You won’t need to go anywhere else for the must-watch moments of this election cycle.”

Ultimately, the Elections Hub could be pretty handy for any political watchers who want access to all political ads, gaffes, and apologies we’ll see through the campaign season. There are also videos featuring reporting and analysis from news outlets like ABC News, Al Jazeera English, BuzzFeed, Larry King, The New York Times, and the Wall Street Journal.