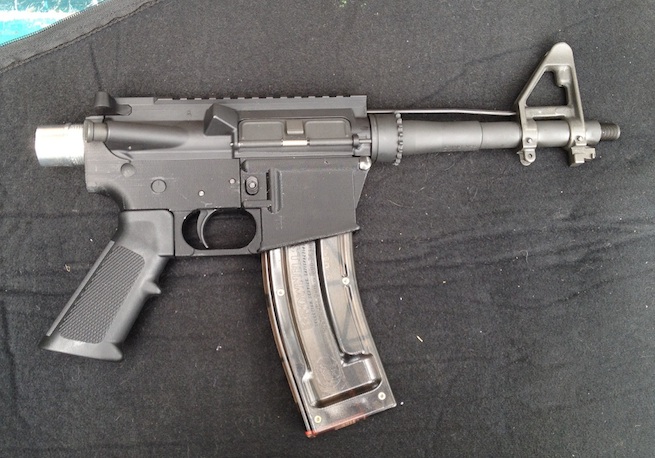 For gadget lovers, 3D printing can design life-saving medical equipment, spare parts, even planes. But, as with all new technology, some folk push limits, polarize political opinion, and can even endanger public safety.

This summer, an American hobbyist used a thermoplastic machine to fashion parts for a homemade .22-caliber rifle.

Wisconsin engineer and amateur gunsmith Michael Guslick detailed on his personal blog how he used a Stratasys 3D printer and downloaded blueprints for the lower receiver — or frame — of an AR-15 firearm (the closest civilian variant of the M-16).

Guslick has been prototyping ideas for gun parts for years, but it did not occur to him until last year to use his Stratasys to build an actual firearm. “The concept is making its way to the hobbyist gunsmith,” he explained on the blog.

After developing the rifle, Guslick wrote how he was able to get his hands on some ammunition.

“After cocking it and carefully letting the bolt forward to chamber the round, everything looked to be in place, so I aimed 20 feet away into the dirt and fired,” he wrote on his blog.

He took pains to record how he made the 3D-printed weapon; as to the best of his knowledge, this is the first firearm in the world to be tested.

For the U.S. government, keeping tabs on the flow of physical weapons is proving to be a problem. As Wired Danger Room writer Robert Beckhusen, warns, 3D printing is only making matters worse: “How do you control a digital pattern that people can use to print guns in their living rooms?”

The laws regarding 3D printing and rifles are ambiguous: Under the Gun Control Act of 1968, the receiver is what determines whether it’s a gun.

In this case, Guslick used commercial off-the-shelf parts to manufacture his gun and used the 3D printer to only make the lower receiver (see above image). He bought the upper receiver, barrel, grip, magazine, and ammunition.

However, if metal materials become available for home printers, it could become possible for hobbyists to one day print an entire gun. Gun-enthusiast groups like “Defense Distributed” even set up a crowdfunding page (known as “Wiki weapon”) to usher into existence the first fully 3D printed gun. Indiegogo recently shut down its page, citing “unusual account activity.”

In related news, the army recently deployed a 3D printing kit to Afghanistan, including an industrial CNC machine, plasma cutters and more, so soldiers could built weapons on the spot, without needing to ship equipment from overseas.