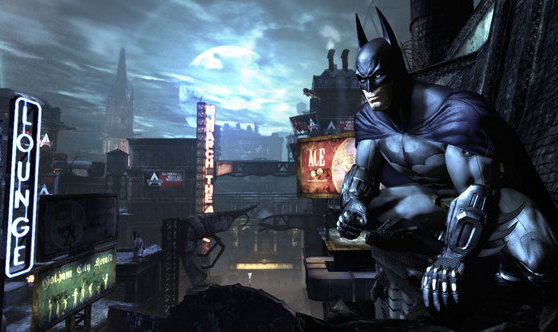 Choosing when to buy a new video game is a delicate balancing act. Story spoilers, fluctuating prices, and technical problems all factor into when we decide is the best time to make a purchase. But the right moment is sometimes difficult to foresee. As consumers, how do we know when to play to enjoy the fullest experience? What conditions make a game more suitable to play earlier or later in its lifetime?

The importance of preserving narrative

Harley Quinn’s Revenge, the downloadable follow-up to Batman: Arkham City, is in some ways a story spoiler that comes straight from the developers — not chatty gamers, discourteous Facebook friends, or rude forum members. So much as glance at screenshots for the extra content, and you can guess what supervillain Harley Quinn is upset about even if you aren’t familiar with the game or comics. It has a lot to do with the fate of a certain clown, and it’s arguably one of the all-time greatest moments involving comic-book characters in years.

“When we sat down to work on Batman: Arkham City, we knew where we wanted it to end,” says Paul Crocker, the lead narrative designer at Rocksteady Studios. “In fact, we were so sure of what the ending would be that we opened the game on a painting that showed exactly how the game would end. DC and Warner Bros. were behind us all the way, and our goal was to reach a conclusion that was right for both characters.”

Crocker says that Harley Quinn’s Revenge provides “more context and relevance” for those who have completed the main game and is still enjoyable for those who haven’t. Unfortunately, basic awareness of the DLC can spoil the ending for anyone who has yet to try either release – a result that contradicts Rocksteady’s goal with Batman: Arkham City.

“We work hard to blend old and new elements to create fresh versions of these characters,” says Crocker, adding that since Batman comes with years of backstory that anyone can easily discover, the studio had to find new ways to surprise players. “We really want players to be desperate to see what the ‘Rocksteady’ Robin or ‘Rocksteady’ Penguin looks or sounds like. But at the same time, [we don’t want to] spoil what will happen to these characters during the game.” 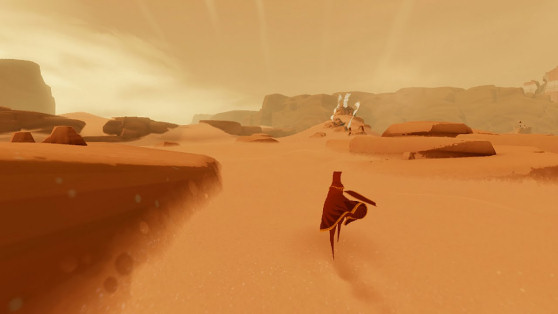 For some games, like Thatgamecompany’s Journey, the crux of the experience is story: the enjoyment of narrative from beginning to end. The sooner gamers can play, the more likely they are to avoid spoilers and other outside elements that would diminish the narrative. All it takes is as few words or screenshots to lessen the emotional resonance of a game. In the case of Mass Effect 3, a deluge of complaints tarnished the efforts and accomplishments of a whole trilogy.

Exposing flaws and strengths with time

Other games, such as The Elder Scrolls V: Skyrim and Diablo III, improve with age. Story can still take priority (Skyrim contains so much lore that its devotees grouped its many in-game tomes into a single e–book), but much of the focus is also on gameplay…and how many patches are required to fix it. Postrelease updates add supplemental features like Kinect voice support and address serious issues, such as prevalent bugs. Developers struggle to play catch-up and maintain the massive worlds they’ve built, and before they can launch add-ons or introduce expansions, they have to get their game in working condition.

Bethesda still isn’t happy with Skyrim’s performance on the PlayStation 3, so it’s delayed the release of the Dawnguard DLC on the system. And Blizzard is only now implementing an update for Diablo III (patch 1.04) that will provide a more sustainable end-game experience than item hunting alone. Waiting until a game is stable and reliable can be smarter than slapping down $60 on its release day.

Blockbuster releases aren’t the only games that require time to mature. Polytron Corporation’s indie puzzle-platformer Fez on XBLA was host to a torrent of technical problems, and then its major patch failed, causing more headaches.  The developer pulled the patch on June 22, the same day it went public, and then brought it back on July 19.

Sometimes publishers will abandon problematic games completely, so even the most serious complaints will remain unresolved. Atlus might have promptly fixed the lag issues affecting the Xbox 360 version of its recently released Persona 4 Arena, but Konami disappointed its audience on the same platform by canceling an important patch for Silent Hill HD Collection. 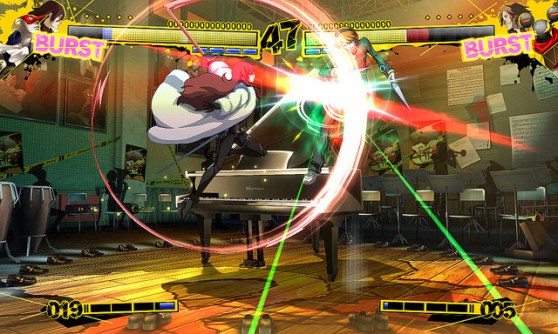 Some genres are fussier than others. Fighting games take time to reveal their inner workings, and a good fighter will remain fun, playable, and well balanced years after its debut. Because these games thrive on player-versus-player dynamics, character matchups, and the depth of move combinations and possibilities, they’re more difficult to parse from the onset. A few rounds with another player won’t assess their real strengths, and these games reach their prime when their communities do. Dedicated players compete in tournaments for years after a game’s release.

Of course, sometimes a game’s true experience can erode fast, especially when it offers limited opportunities.

Celebrated titles like Demon’s Souls might endure forever offline, but interacting with other players online brings out a new dimension of gameplay that only lasts as long as the servers are up. In May, Atlus extended the life of Demon’s Souls’ servers in North America, but eventually this aspect of the game (leaving messages and invading other players’ adventures) will disappear.

This issue also affects games that exist solely online. Xbox Live Indie Games (XBLIG) requires players to be online and signed in to play purchases. What happens if or when Microsoft ends the service? Without a guaranteed backup, players could lose their digital games as soon as companies decide to no longer support them. 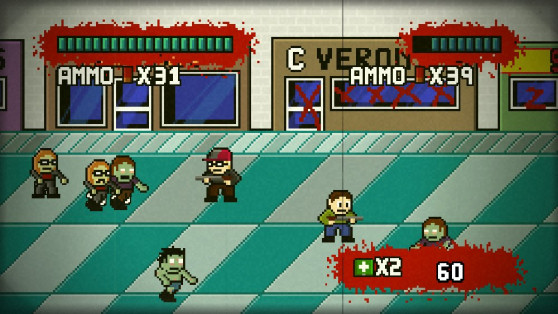 “I find it sad that one day Microsoft will unplug a server somewhere, and all XBLIG games will stop working,” says John Common of CSR Studios, whose two games, Dead Pixels and Super Tank Run, appear on the indie platform. “It’s something I dislike as both a developer and a customer. The only way these games will be preserved is if they get a port to other platforms, or if some hacker/cracker/pirate decided to try and preserve them.”

Dead Pixels has surpassed 40,000 sales on XBLIG as of late May, but Common has also developed a PC version, which is available through the indie digital download service Desura. As for whether Microsoft has offered any reassurances, Common says it has “never said anything about it, and I doubt it ever will. XBLIG for it is not a high priority, and that will not change anytime soon. The first time it brings it up will be when it plans to turn it off.”

Another indie developer isn’t so worried. “I don’t see it as such an issue,” said Tim Sycamore of My Owl Software, the creator of Apple Jack and Apple Jack 2 on XBLA. “I imagine it will be a good while before the service is turned off — if it ever is — and it’s quite possible that Microsoft will allow you to play these games offline if that ever happens anyway. I’m not losing any sleep over the issue, let’s put it that way.”

These conflicting feelings embody the trouble with determining the ideal time to purchase a game. Rocksteady might have spoiled the ending to Batman: Arkham City when it unveiled Harley Quinn’s Revenge, proving that it’s better to buy sooner rather than later with story-heavy games, but its subsequent Game of the Year release suggests otherwise. A good deal is just as irresistible as the promise of a game’s permanence. Batman: Arkham City — Game of the Year Edition costs $49.99 – a better value overall and still cheaper than the game was on release day without all the DLC bundled in. Fans didn’t even have to wait a whole year to buy it.

“It’s nice to have everything in one package,” says Sycamore, who admits to owning a few Game of the Year collections.

Whether you buy a game on release day or months afterward depends on what matters more to you: a pure experience ripe for discovery and conversation or polished gameplay and a solid return on investment. If you prefer to dive in headfirst and a few glitches don’t bother you, then get out there and play. But if you’re more concerned with making an informed choice and spending your money wisely, then waiting to see how players receive a game and how well companies maintain it can be better long-term.