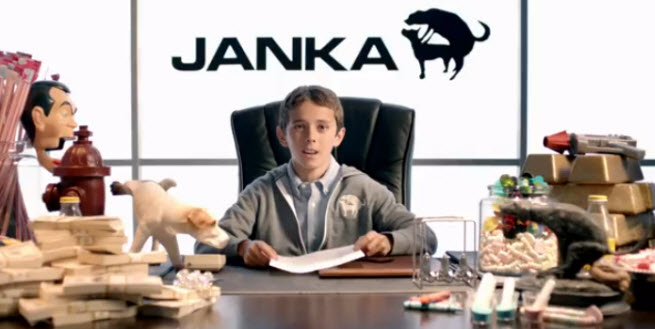 It looks like the recruiting video that parodied Zynga as “Janka” worked. Social gaming startup Kixeye is announcing today that it has “stolen” the general manager of Zynga’s flagship CityVille game to serve as an executive in charge of games at Kixeye. 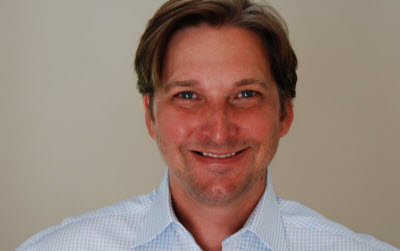 Alan Patmore (pictured right) will join San Francisco-based Kixeye as the vice president of product. He is one of a number of prominent game developers who have decided to leave Zynga in recent weeks as its stock has fallen to 20 percent of its peak earlier this year. While Zynga targets the mass-market casual consumer on Facebook, Kixeye focuses on making games for hardcore gamers on the platform, and it argues that its games are far more addictive and lucrative in the long run than Zynga’s. Kixeye’s games include free-to-play online combat strategy games like Battle Pirates and War Commander, both of which are some of the most profitable games on Facebook, while Zynga’s have the largest number of users.

Kixeye underscored this difference when it created a hilarious recruiting video (pictured above; see video below) that parodies life at Zynga, depicting its chief executive, Mark Pincus, as a kid who revels in squeezing the balls of his employees.

This meme is a lot of fun for observers of the game industry. But the question is, how long it will last? If Kixeye keeps executing and expands to new platforms as planned, it will snag more of the consumers who spend a lot of money, leaving the ones who play for free for the likes of Zynga. Kixeye said that its job applications have increased 500 percent since it launched the video. In the video, Kixeye makes fun of a Zynga-like company called Janka, but Kixeye’s commander-in-chief lobbed bombs straight at Zynga itself yesterday in an interview with GamesBeat.

“We wanted to pry people out of roles where their visions didn’t match where their company was going,” said Will Harbin, the chief executive of Kixeye, in an interview. “Zynga is about making games for grandmothers. There are a lot of talented game developers at Zynga working on games they don’t really care about.”

In the wake of a weak earnings report and a management reorganization, the company announced that its No. 2 executive, John Schappert, had resigned from his job. That made us all wonder if Zynga had lost its mojo. Harbin said a number of Zynga’s general managers have departed in recent weeks.

Zynga, of course, believes it will hang on to its critical people, and it recently authorized 43 million new shares of stock to award to employees. But Harbin said that money isn’t the only thing that matters to employees, as Zynga tried hard to hang on to Patmore. He has 15 years of game design experience. He oversaw CityVille and previously had worked on Zynga’s Mafia Wars. Prior to Zynga, he had run game development at Double Fine Productions. He was also the president and CEO of Surreal Software, which he cofounded and sold to Midway in 2004. The studio made hits such as The Suffering and Drakan.

“Alan only had a brief journey into the dark side at Zynga,” said Harbin. “He developed valuable skills there. We were looking for people who had triple-A game experience and had made the transition to free-to-play social games. Now Alan will come back to the light side.”

Patmore is only one of about 3,000 Zynga employees, many with extensive game development experience. But to the degree that perceptions matter, his decision to leave one of Zynga’s top game franchises is a red flag. No company can afford to be seen as a place where employees are abandoning ship.

Patmore will oversee all product at Kixeye. Harbin previously did that role himself, but he is delegating that crucial role to Patmore. After all, Kixeye now has 250 employees, and the CEO has a lot of responsibilities beyond launching products. Harbin said he interviewed dozens of people before deciding upon Patmore.

“What Alan brings to the table is a killer product instinct and an ability to deliver high-quality games,” said Harbin. “Like everyone else here, he’s a passionate gamer and dedicated to taking free-to-play gaming to the next level. We’re thrilled to have him on board.”

“I’m a big fan of Kixeye and what they’ve been able to accomplish over the last couple of years,” said Patmore. “I believe that there’s a massive opportunity to bring triple-A production value to core, free-to-play games, and Kixeye is perfectly positioned to lead that charge. I couldn’t be more excited about the team, strategy, and product road map. There are some launches coming later this year that are going to set the industry on fire.”

Harbin said the company has a big game coming in November. Kixeye was founded in 2007.