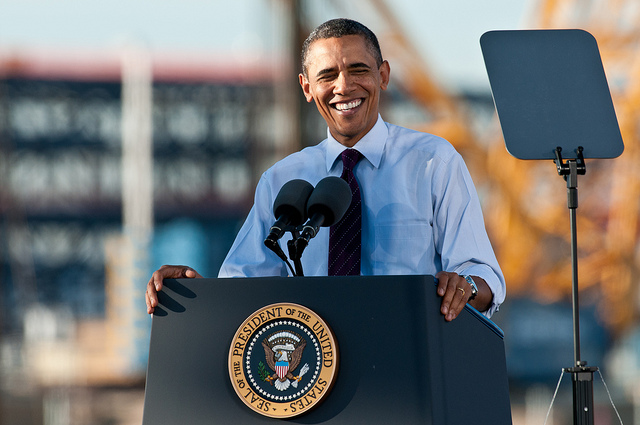 Say hello to the future of political fundraising.

Verizon, Sprint, T-Mobile, and U.S. Cellular have all agreed to allow their subscribers to make campaign donations by text, signaling the beginning of a whole new way for political candidates to raise money from their supporters.

Absent from the agreement was AT&T, though Reuters reports that campaign officials for President Barack Obama expect to reach an agreement with the carrier soon.

The deal, which was supposed to launch in June, was held up when carriers said they wanted legal protections in the event of fraudulent donations. A court case last week gave them that protection with the assurance that it would be campaigns, not carriers, who will be responsible for the donations they receive.

We speculated that carrier hesitation to adopt campaign donations by text would mean that the measures would come too late for use in this fall’s election. Fortunately for the presidential candidates, that didn’t end up being the case.

But the carriers aren’t supporting the texting plan out of kindness: They get a cut out of every donation made via their services, which could turn out to be a pretty lucrative arrangement if things go right.

Obama’s campaign has been the biggest supporter of donation texting, which will allow it to receive donations from his young, tech-savvy cadre of supporters.