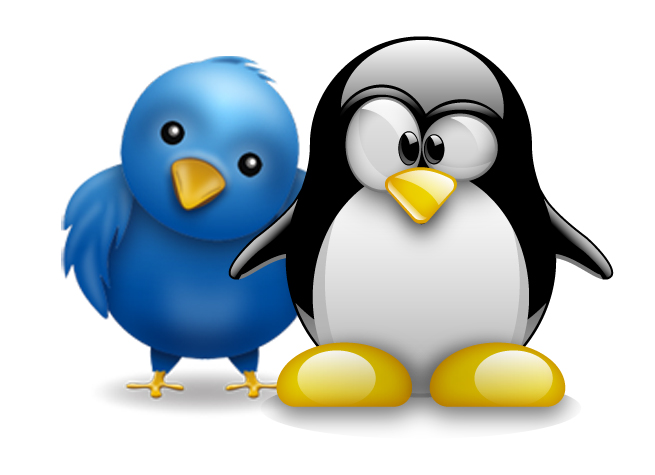 Twitter uses and builds a fair amount of open-source software, so it wasn’t too shocking when we read in our inboxes this morning that the social media startup has joined the Linux Foundation.

“Not only is Twitter built on Linux, but open source software is core to its technology strategy,” said a Linux Foundation rep to VentureBeat via email.

“It’s investing even more in the platform now as the company evolves and positions itself for the future. Linux has become even more dominant among web-based companies as the ‘hacker way’ has become pervasive among the newest generation of startups.”

Ah, yes, the Hacker Way. Or should we say, the “Hacker Way.”

But in fact, while companies like Facebook and Twitter rely on open-source technologies and programming languages to get their various jobs done, their businesses are conceptually based on proprietary software, not open-source software.

As famous hacker Eric “esr” Raymond pointed out in a recent interview with VentureBeat, the true hacker way means “to give control to the individual, to respect his or her privacy, to create tools for autonomy and liberty, and to encourage creative re-use of software” — only parts of which are built into Twitter’s products.

While Twitter has open-sourced some of its software — a load-balancer called Iago and a design framework called Bootstrap, for example — vast expanses of Twitter code remain under lock and key, and the company’s recent and coming API changes means it’s getting farther away from anyone’s definition of free and open-source software.

This is a problem. Specifically, it’s a recruitment problem.

Twitter needs to continue to pull in the best, brightest, neckbeardiest developers the world can offer, and it can’t do so without some commitment to open-source communities. The company actually recently hosted an open-source event with thinly veiled recruitment mechanisms built in just for this reason: great developers and open-source software go together like peanut butter and jelly, and the more you can convince a great developer that your company believes in open-source, the more likely you are to recruit great developers in a highly competitive hiring environment.

All that being said, Twitter does have a vested interest in helping to advance the cause of Linux in particular, and some participation in open-source communities is better than none at all.

As a web-based business, Twitter, like every other web service, is supported by tens of thousands of Linux servers. In a statement on today’s news, the company said it intends to partner with the Linux Foundation to promote and protect Linux, the open-source operating system.

“Linux and its capability to be heavily tweaked is fundamental to our technology infrastructure,” said Twitter open-source manager Chris Aniszczyk in the statement.

“By joining the Linux Foundation, we can support an organization that is important to us and collaborate with a community that is advancing Linux as fast as we are improving Twitter.”