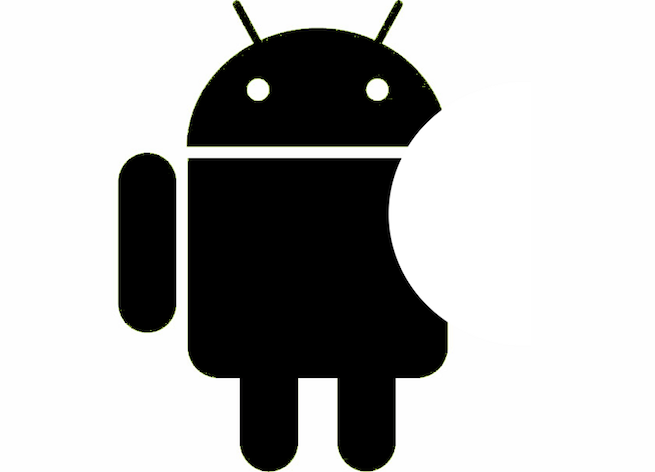 It’s time for Samsung to retreat after an epic loss to Apple’s prosecutors. It will make way for an even bigger opponent, one who might actually give the iPhone maker a run for its billions: Google.

Last week, Samsung lost an epic patent battle with Apple and is now facing the prospect of paying over $1 billion in damages, along with having to pull eight of its devices from the U.S. market completely. (Appeals could change either outcome, of course, and mean that the battle won’t truly be finished for some time yet.)

Still, Samsung won’t be Apple’s biggest challenge. That role belongs to Google. It’s as if Apple has collected a big pile of gold coins but now must face Bowser.

“Android is about 60 percent of the market. Its biggest user was Samsung,” said intellectual property lawyer Bill C. Panagos of Butzel Long, in an interview with VentureBeat. “If injunctions come out that force the removal of all Samsung products … then I think you’ll see that Google will be associated — by consumers — with being the supplier to products that may not last in the market.”

In other words, Samsung’s loss might hurt Android’s reputation.

In a reaction to the verdict, Google released a statement saying the majority of the claims brought against Samsung are not directly related to the “core” of its Android operating system. Instead, the claims reference a skin, or modification, that Samsung used to compete with Apple.

The Apple patents included the bounce-back patent and operating-system technology that makes a rubber band-like motion when the users has scrolled to the bottom of a list. It also included a number of trade dress issues, nonfunctional design elements that brand a device.

Panagos believes that biggest winner here might not be Apple at all. It could instead by Microsoft, who has been waiting in the smartphone shadows of iOS and Android.

“If Samsung loses [an appeal] and if the market perceives [Android] to be associated with products that won’t be around, then you’ll see Microsoft come out of its third or fourth place…and actually become a real player,” he said.

Should Google lose favor with consumers, Microsoft has an opportunity to come in and push its mobile operating system to third-party manufacturers in the same way Google does, touting itself as a more reliable brand. It also puts the onus on Microsoft to make sure it pays for the license on anything externally created in its operating system.

In order to avoid ultimate defeat, Panagos suggests Google release the next version of its Android OS immediately, with “new and exciting” features that will keep Android uses entertained and loyal.

In terms of Google launching its own lawsuits against Apple, Panagos says we’re entering “mutual assured destruction.” In other words, there are thousands of patents out there. If one company sues, the other can turn around and sue it right back — until they realize it’s an endless battle, or until the world is reduced to a smoking wasteland, populated only by zombies and hungry-eyed patent lawyers.

This is true even for Samsung, he says. “It’s not over yet. They still have a bite at the Apple.”