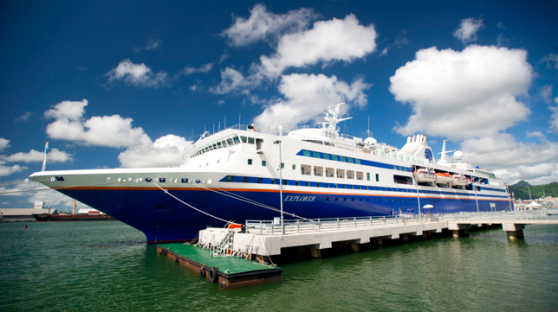 Unreasonable at Sea, a floating incubator for tech startups, has selected its first group of companies to expand their business operations while cruising through the high seas.

Invited to join the sailing party are founders, venture capitalists, and students from Semester at Sea, a shipboard program for global study. The ship will call to 14 international ports to learn how to bring their business operations to new markets. At each stop, they’ll pitch their ideas to local politicians, entrepreneurs, and business leaders.

The accelerator describes itself as “mentorship driven” and recently announced its A-list advisors. Y Combinator has nothing on these mentors — there’s even an archbishop to assist entrepreneurs on their spiritual quest. South African activist and Nobel Peace Laureate Desmond Tutu is confirmed to join, alongside Megan Smith (vice president of business development at Google), Matt Mullenweg (founder of WordPress), George Kembel (cofounder of the Stanford d.School), Phil McKinney (VP and CTO at Hewlett-Packard), and other big names.

Unreasonable at Sea is the brainchild of Daniel Epstein, the man behind the Unreasonable Institute, and an alumni of the Semester at Sea program. “From the entrepreneur’s perspective, it’s an opportunity to experiment with products and technology internationally. Startups can take their technology to another market to see what works and walk out with a globally relevant product,” Epstein told VentureBeat in a recent interview.

The voyage is from January 6, 2013 to April 25, 2013. The entrepreneurs will sail across the Pacific and India Oceans, starting in San Diego, and ending their journey in Barcelona. The ship will stop in Hawaii, Japan, China, Hong Kong, Vietnam, and India.