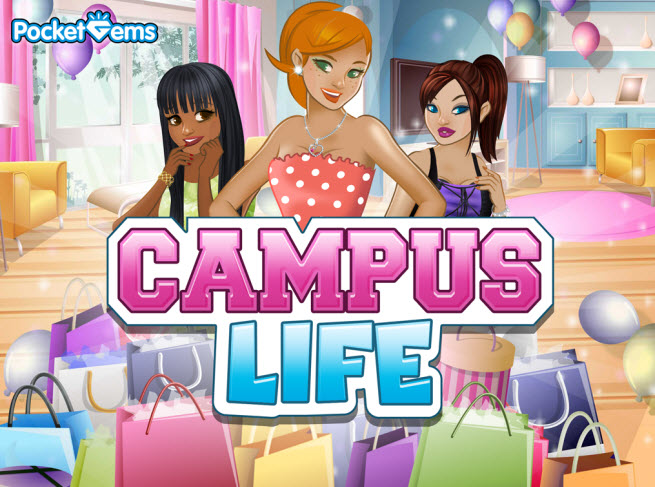 Mobile gamemaker Pocket Gems is publishing its latest game, Tap Campus Life, today in a bid to grab some of the market for girls and young women. 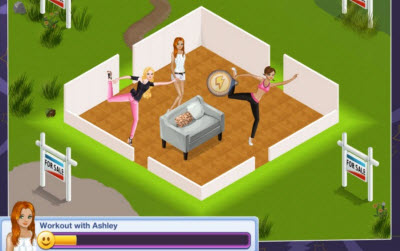 The free-to-play iPhone title enables gamers to build their own sorority on a college campus and recruit their friends to join it. Players can shop for fashions and create wardrobes for dozens of characters in the game. It’s another entry in the company’s “mobile first” strategy: creating games that run on smartphones and tablets. By targeting the game at female players, Pocket Gems is diversifying its product line and validating the fact that lots of girls and young women have become a big market on iOS (iPhone, iPad, iPod Touch).

“We feel we created a unique experience that is not similar to anything on the market,” said Ben Liu, the chief operating officer at Pocket Gems, in an interview with GamesBeat. “There are other games about college life targeted at teens, but we’ve tried to make a heavily customized experience.”

The new game follows a string of hits for Pocket Gems, including Tap Pet Hotel, Tap Zoo, and Paradise Cove. The game has its own backstory and allows for a lot of customization, as players can decorate more than just a single character. You can customize skin tones and hair and choose from thousands of different outfits to wear. And you can decorate your sorority mansion. Pocket Gems felt like college life was an underserved genre on mobile devices.

“We created a brand-new engine for this game,” said Eric Lam, product manager at San Francisco-based Pocket Gems, in an interview with GamesBeat. “The player has the capability to create unique game play based on their own choices in the story.” 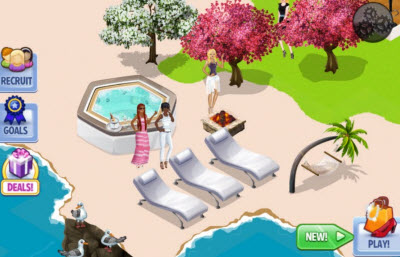 Pocket Gems is in the midst of doubling its engineering team, with the goal of hitting 140 employees by the end of the summer. The company has about 20 or so titles out now.