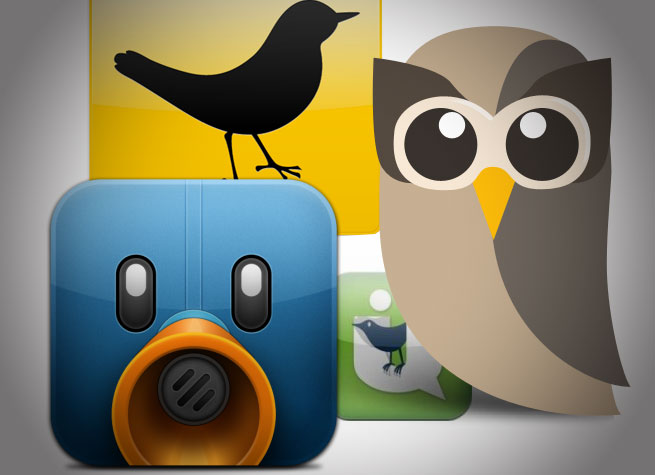 Twitter.com has stopped displaying the names of third-party Twitter clients in tweets. It’s an outward sign of the service’s growing pains as it transitions away from a consumer client free-for-all.

Twitter.com — as well as Twitter mobile apps — used to display a tweet’s app of origin in small, linked letters below each tweet, down with a smattering of other metadata. Under a tweet from VentureBeat, you might see something like “15 minutes ago via Hootsuite,” since we use Hootsuite internally to publish tweets.

Those words will appear no more, we’ve confirmed with the company. The links disappeared from Twitter’s mobile apps a while ago, and a company spokesperson tells us this afternoon that the change has finally come to Twitter.com on the desktop as well.

“This is part of our work to simplify tweets and emphasize the content being shared,” we’re told.

Here’s a before/after comparison, featuring tweets from our respectable buddies over at ReadWriteWeb:

Of course, if you’ve been following the new Twitter API guidelines, you’re aware that Twitter is moving toward a world with drastically fewer, drastically less significant unofficial Twitter apps for consumers, anyhow.

While enterprise-level apps like Hootsuite and Twitter-owned apps like TweetDeck are safe and will be using the Twitter API in perpetuity, the UberTwitters, Twitteriffics, Echofons, and Destroy Twitters of the world are entering a world of pain, so to speak. Due to the upcoming changes in Twitter’s 1.1 version of its API, many consumer-facing Twitter clients will be shut out of the Twitter ecosystem. We’re still trying to get a more perfect understanding of exactly which apps and what kinds of apps will be cut off from the API and what the anatomy of an API cutoff will look like, so stay tuned for that ongoing coverage.

In the meantime, keep your eyes peeled for small, steady steps like today’s change. It’s a relatively minor detail, but it offers yet another clue about Twitter’s vision for its own future: a future when we all focus on the messages, not the clients, because at least for consumers, the only clients are the ones made and controlled by Twitter.