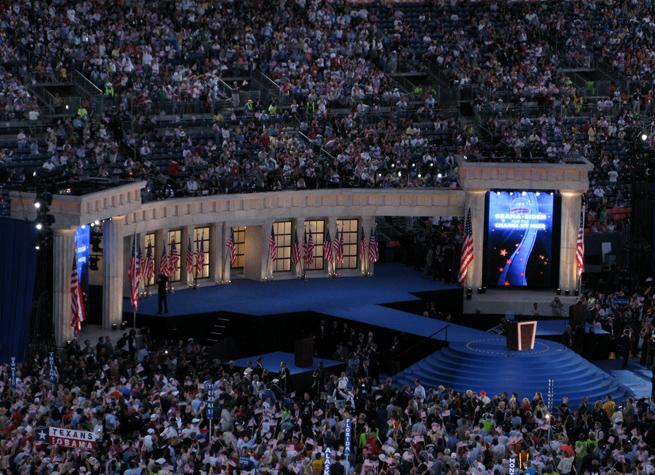 With the Republican National Convention starting today in Tampa, the 2012 election enters its most intense phase. Thanks to our smartphones and social networks, there have never been more ways to get information on the candidates and events of the season.

Through social networks and mobile apps, you can watch live-streams from the conventions, read news, brush up on the issues, play trivia, donate, and volunteer. It can be a little overwhelming, but that’s how it is when we have access to so many virtual channels.

Both Romney and Obama have released official apps for their campaigns. I’m only including Obama’s mobile app on this list because Romney’s two apps, With Mitt and Mitt’s VP, are incredibly limited. “With Mitt” lets you take a picture of yourself or someone else, add a Romney stencil, and post it on social networks. (The app became famous for misspelling America as “Amercia.”) The “Mitt’s VP” app’s only purpose was to let you know who Romney’s Vice Presidential choice was, and that app wasn’t very good at that job, either. Weirdly, there is no official Romney app that outlines the candidate’s views and events being held to support him; if there were, we’d include it here.

Since there are so many options for ways to get your election info, we’ve outlined the 10 best mobile and social apps for connecting with campaigns. Take a look at the alphabetical list below. 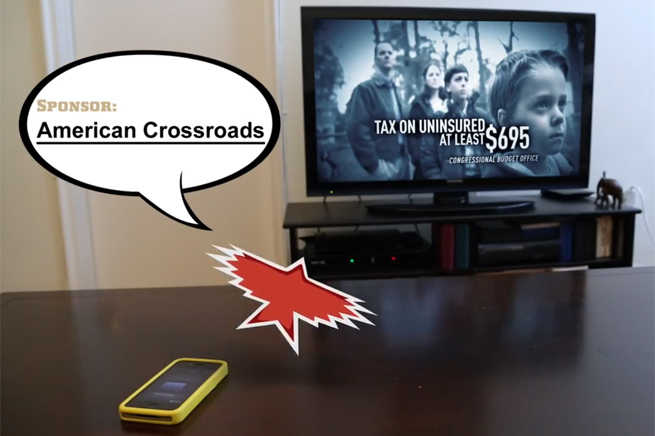 Have you ever wondered which Super PAC was in charge of an ad? The Sunlight Foundation’s Ad Hawk can listen to any political ad being aired and then give you information on which organization is behind it and what backers are involved in that organization. Essentially, it’s the SoundHound for political ads. 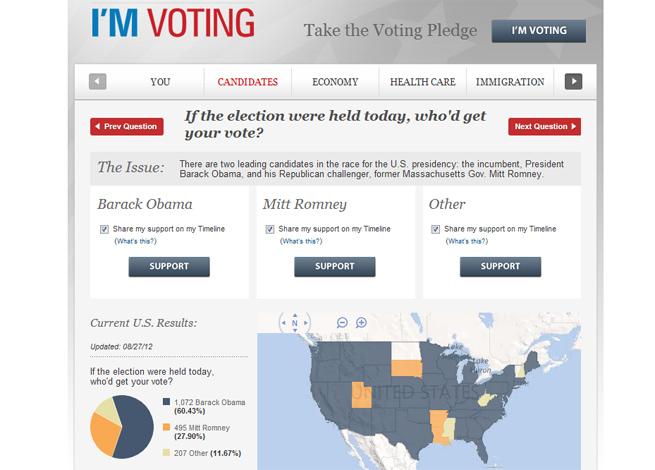 CNN’s new “I’m Voting” app adds voter participation with social media. It can give insight into who people on Facebook are voting for and give you an easy way to voice your political opinions on your Facebook Timeline. While user participation in the app is low thus far, we still appreciate the concept of pushing more people to vote and be proud of it. CNN also has a cool new app called Election Insights that ties to Facebook. 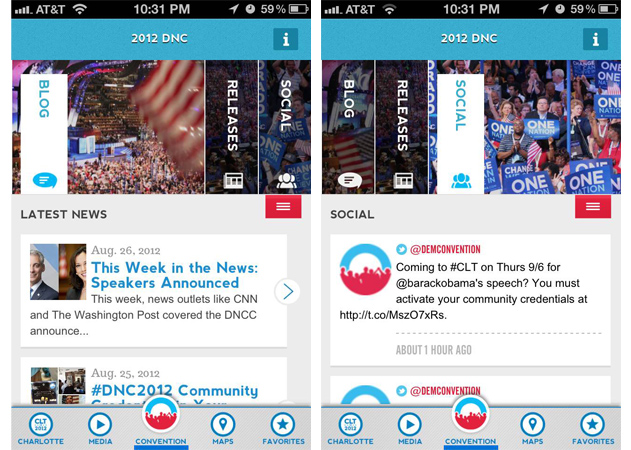 The Democratic National Convention in Charlotte, N.C. doesn’t begin until Sept. 4, but the DNC already has a silky-smooth and smartly designed app ready to go. The DNC’s official app offers a look at the convention schedule, press releases, information about Charlotte locales, live videos, photos, maps, and social media updates. It also lets you tag “favorites” among the content and places so you can access or read it later. 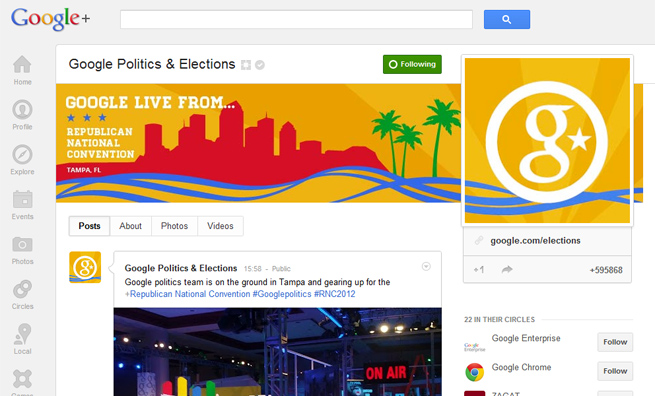 Google+ Hangouts are already pretty cool, but now Hangouts will create a new interactive experience for those watching the Democratic and Republican national conventions online. Viewers will be able to watch Hangouts featuring representatives of both political parties and organizers for the conventions. These folks will be chatting with reporters from outlets including the New York Times, NBC, Fox News, the Wall Street Journal, the Associated Press, and the Huffington Post. 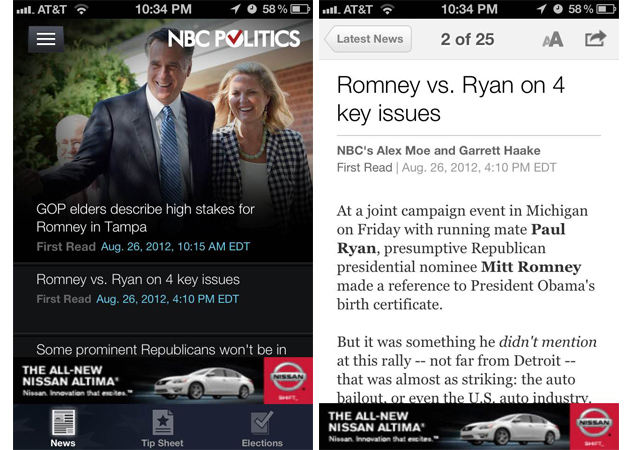 If you’re political news junkie, the NBC Politics app for iOS and iPad is one of the best places to get the latest on the campaigns. The app is slick and well-designed, with photos, news, and analysis of the conventions and anything else that becomes part of the news cycle. When the polling comes in on election night, the app will update in real-time as well to help you keep track of who’s winning. Politico’s mobile apps for iOS and Android provide similarly good news, analysis, and election coverage.