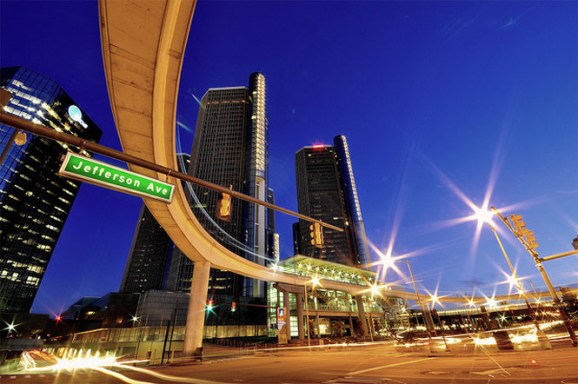 A month ago I wrote a snarky column about Detroit, the site of the first satellite location for the U.S. Patent office in its 200-year history.

“There are an enormous number of myths about Detroit,” said Josh Linkner, a venture capitalist at Detroit Venture Partners. “It’s really good to be here,” said Bill Emerson, the chief executive of Quicken Loans, the largest online loan company in the U.S.

So we’re coming. And we’re going to see.

VentureBeat will be in Detroit on Sept. 11-14, and we want to see all the cool startups. A sign-up form is at the bottom of this post. Tell us what you’re doing, why it’s cool, and why we should chat with you.

What we’re hearing right now is that downtown Detroit is nothing like the news stories and gloomy photo galleries that get so much national attention. That Detroit is vibrant, growing, and alive.

“We wanted to help rebuild Detroit through entrepreneurship,” says Linkner. “But it goes much father than just a social imperative — Detroit is a great place to be a technology entrepreneur.”

Detroit’s costs are very low he says, about one-third those at Silicon Valley or Silicon Alley. Engineers are 50 percent cheaper, and with the University of Michigan and Michigan State nearby, the region has big supply of talent. That’s important, since Detroit Venture Partners runs an accelerator in the newly renovated M@dison building.

Detroit Venture Partners is the most active with 15 investments so far, all in technology.

Emerson agrees. In August 2010 Quicken Loans made surprising bet and decided to go downtown. To start, Quicken — the fourth-largest loan provider in the U.S. — moved 1,700 people into central Detroit. Today, the company has 5,500 employees downtown and plans to move another 1,500 there in the next three to nine months.

“It made total sense for us to be part of a great American city,” says Emerson. “It has its challenges, no doubt. But one of our core beliefs is that we can affect the outcome.”

Emerson says his employees want to be in an urban environment, and the feeling appears to be infectious. Between August 2010 and today, Quicken and its associated companies with have helped to move 60 new businesses into downtown Detroit.

That’s something that Linkner of Detroit Venture Partners has used to his advantage.

“A hundred years ago Detroit was Silicon Valley. Today … we’re rebuilding that.”

It helps to have a supportive environment, Linkner says. In the past, corruption and scandals plagued Detroit. A former mayor, Kwame Kilpatrick, pleaded guilty to obstruction of justice charges. But the currently mayor, David Bing, is a successful business leader as well as a former Detroit Pistons star (he’s one of the “50 Greatest Players in NBA History“), and the business climate is improving.

“The day we came down here, the president of city council came and said how can we help,” says Linkner. “The current city and state governments are much more supportive of business and entrepreneurship.”

And he’s proud to be part of the resurgence.

“Detroit is a city with a soul,” Linkner says. “It’s been through hell and back … but it was born on the spirit of entrepreneurship.”

Quicken Loans’ Emerson agrees, saying that Detroit is back on the way up.

I’m looking forward to seeing that in September.