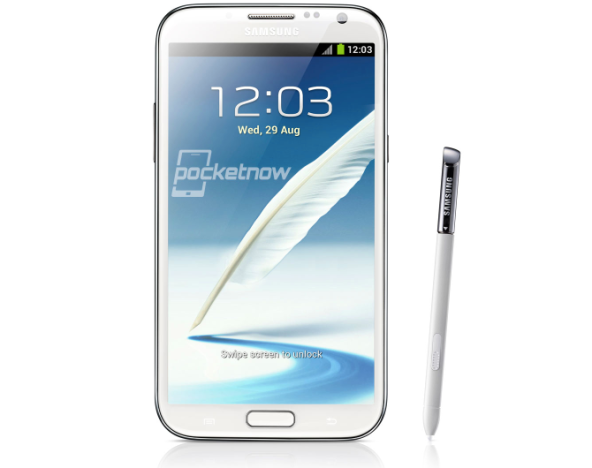 PocketNow has gotten its hands on images of the new device, which is set to be officially revealed today at IFA in Berlin.

The first thing you’ll notice about the Note II is how big of a departure it is from its predecessor. In fact, the new Note looks more like a super-sized Galaxy S III than an upgraded Galaxy Note. It’s a welcome change.

Along with the new design, Samsung has also upped the device’s screen size to 5.5-inches, though that improvement comes with a slight increase in weight.

As for its internals, the Note II features a 1.66 GHz processor, 2GB RAM, and an 3,100 mAH battery, which is going to be essential. Samsung has also improved the S Pen stylus with a few new features, including the ability to hover over on-screen items before they’re selected.

Fortunately for carriers, 4G LTE support is on board, which means the device could land not only on Verizon and AT&T, but Sprint as well.

Last, the device will be one of the first to run Android Jelly Bean, which is sure to be one of its biggest selling point.