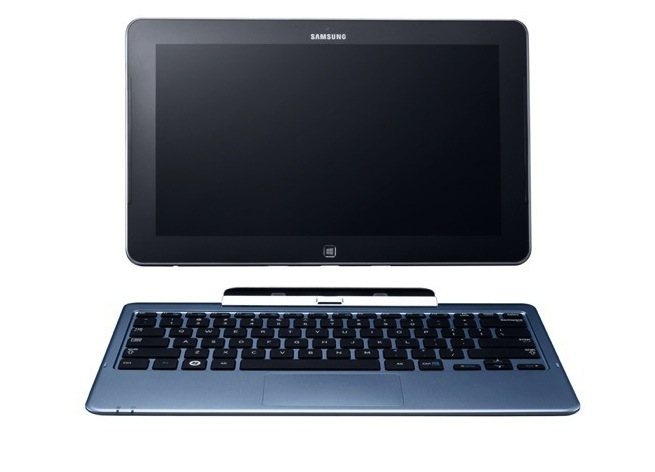 Samsung has officially unveiled two new devices for Windows 8 that act as both a laptop and a tablet.

The hybrid devices, Samsung Series 5 and Series 7 Slates, feature an 11-inch screen and basically look the same from the outside. Much like the teaser video indicated last week, the slates also come with a S-Pen stylus, which is the same stylus that accompanies the Galaxy Note smartphone. Both devices have front and back cameras, and their keyboards detach for use as a dedicated tablet.

Samsung also isn’t missing an opportunity to load up its own suite of software products. The slates come preloaded with Samsung’s Media Hub, the resurrected Windows 8 Start Button S-Launcher widget, and more.

The Series 7 Slate, which is $1,119, has 4GB of RAM, a 128GB solid state drive, and a detachable keyboard. The Series 5 slate is $649 for 2GB of RAM and a 64GB SSD, or $749 with the detachable keyboard included. Microsoft is releasing its own line of Windows 8 Surface tablet/laptop hybrids at similar prices.

Both slates should go on sale Oct. 26 along with Microsoft’s official retail launch of Windows 8. Check out a gallery of Series 7 Slate images below, and let us know in the comments if you plan on buying one. 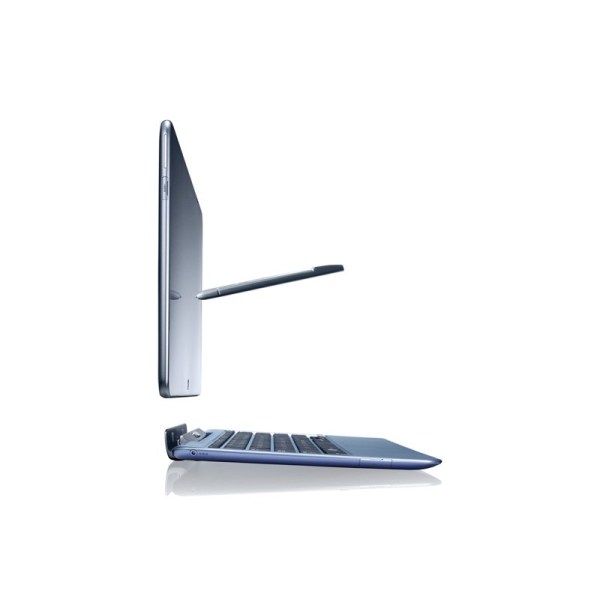