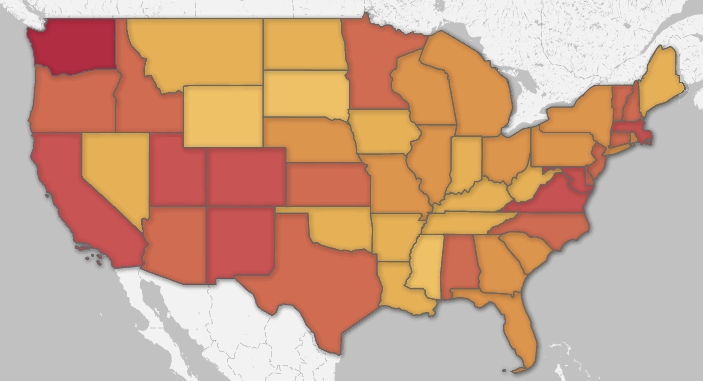 A new report from the Bay Area Council Economic Institute revealed that tech jobs are hot, they’re getting hotter, and they’re not just in Silicon Valley … or Silicon Alley. In fact, communities in unconventional hotspots Wisconson, Ohio, and North Carolina have recently seen increases of more than 10 percent in high-tech employment.

The goal of the report and the timing of its release is to show government leaders that technology is important, that high-tech industries are outpacing others in job growth, and that internet and software jobs are not limited to just a few states. In other words, what’s good for technology is good for the United States.

Engine, the “voice of startups to government,” collaborated in the creation of the report, and revealed some of its data in an interactive data visualization that reveals the top tech cities and states. For example, cities below such as Austin, Milwaukee, Maryland, and traditional tech hot spots such as Seattle and San Francisco represent locations with more than twice the national average of high-tech workers: 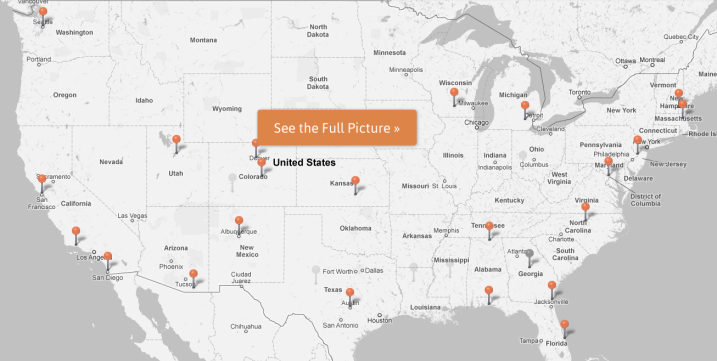 States that are more red, such as Washinton, New Mexico, Virginia, New York, and California, represent areas with higher than average tech employment: