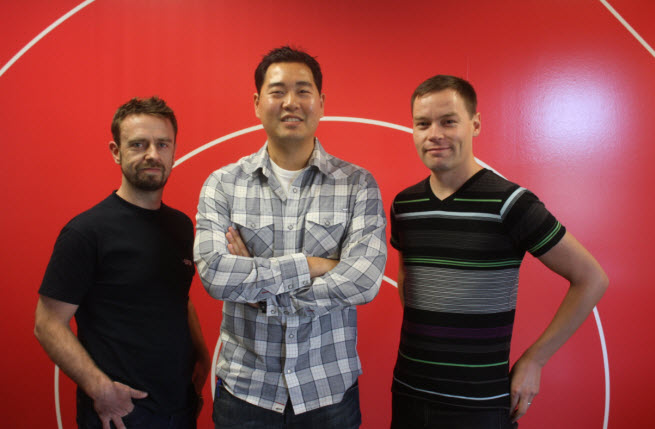 A year after its Life is Crime game became a real location-based gaming hit, Red Robot Labs is launching its second title, Life is Magic, which takes advantage of real-world maps.

The game is an attempt to meld the real world with a fantasy-based genre where players fight for control of U.S. territories, which reflect an art style that makes cities seem like medieval kingdoms. The massively multiplayer online role-playing game is also a strategic bet by a venture-funded company to establish a true franchise in the nascent world of location-based games. 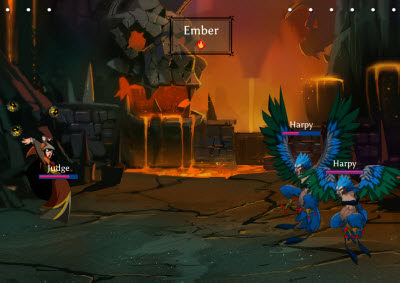 “This game has an amalgamation of learning from Life is Crime, where our engagement with users was really strong,” said Pete Hawley (pictured left), the chief product officer at Red Robot Labs, in an interview with GamesBeat. “We believe in location even more than we did before.”

Part of the reason is that Life is Crime is still bringing in dollars a year after its launch, with more than 4.3 million downloads to date. The new game will take advantage of location-based play and overcome its limitations, as well, said Hawley. You can explore the world, which is like a map of the U.S. Each real city has a counterpart in the fantasy realm, and each street in the real world appears in the game map. But a fantasy-style environment is overlaid on the world map. Each building you click on is magical. If you click on a drug store, you may find an apothecary where you can buy magical herbs, for instance.

Gamers can choose from three different characters at the outset. Players can fight for control of locations or join together in bands. They can go into underground dungeons to fight monsters together and collect loot. At stores, they can buy weapons or armor. Each player can join a “tower” in a kingdom in or near his hometown. The tower has its own social structure, where the players who have the best stats appear highest in the hierarchy. You can go to the tower and chat with others and view your stats. As you gain experience, your tower grows, as well. About 150 people will be able to belong to a tower, and as demand rises in an area, new towers will spawn. The farther away you are from your tower, the more energy you burn.

The tower brethren can go on missions together and fight against other territories. It pays to travel to other sites, where you can pick up new kinds of magic. But if you can’t actually travel in the real world, you can spend money to virtually travel to any location on the map. You can also join a tower in your real hometown, even if you don’t live there anymore, so that you can see old friends.

It’s possible, as it was in the Life is Crime game, to have gang wars between Hong Kong, England, and the U.S. The game has a simple single-player store that serves as an introduction to the game world and lessons on how to play. 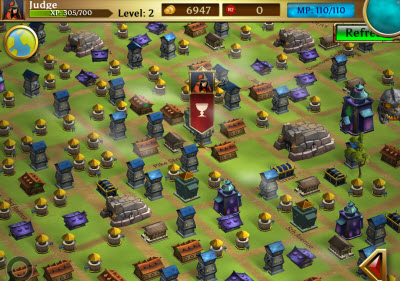 The whole point is to get people to enjoy location gaming beyond mere check-ins, said Mike Ouye (pictured center), the chief executive of Mountain View, Calif.-based Red Robot Labs. The game map breaks down into seven regional realms such as Borealia (Canada) or Aurun (California and the western states). The magical world lets you fight Sasquatches in Canada and find cool loot in locations in the wilderness. Some real world locations have rare items, and you have to visit those spots in person to find them. Over time, Red Robot Labs will add more countries.

“This is about redefining location games and playing the planet,” said Ouye. “And the planet is so big, there is plenty of room to grow.”

Red Robot Labs also recently announced it had signed up several developers to make third-party games for its R2 location-based gaming platform. Red Robot is prepared to invest $2 million of its own money in developers that want to make R2-based games. Red Robot can afford to do so because it has raised its own funding and has gotten millions of downloads and high engagement.

Red Robot Labs will unveil the first look of its Life is Magic game at this year’s PAX Prime show this week in Seattle, which runs from August 31 to September 2. Red Robot Labs was founded in January 2011 by Ouye, Hawley, and John Harris (pictured right). Life is Magic took longer to build than the first game, which required about five months. This title will debut on both iOS (iPhone, iPod Touch, and iPad) and Android at the same time.