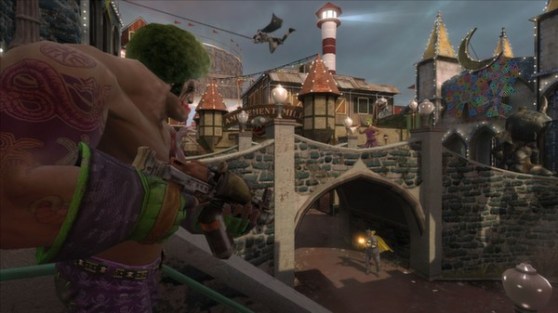 Now terrorizing the streets of Gotham City is an achievable dream for every Bat and Joker with a decent computer and an Internet connection.

Warner Bros. Interactive Entertainment announced today that Gotham City Impostors, a first-person multiplayer shooter that developer Monolith Productions released early this year, is now free to play on Steam. Up to 12 players can battle for the popular comic-book city as vigilantes or criminals.

This new version enables Steamworks and features join-in-progress matchmaking and all the game’s downloadable content (the Starter, Professional, and Ultimate weapon packs), available at a 20 percent discount until September 7. The game also includes a whopping 412 Steam Achievements.

Players can unlock new costumes or build their own character loadout from a selection of homebrew weaponry, equipment, and perks. Gadgets like the Glider Rig, Grappling Hook, and Spring Boots offer mobility, and the Bear Traps and Boomerang act as support items with tactical advantages. Those interested in more items can buy goods such as guns and costumes from the Black Market, the game’s internal store.

The original Gotham City Impostors is available on Xbox 360, PlayStation 3, and Games for Windows Live, although Monolith is no longer officially supporting the latter. The game released in February.