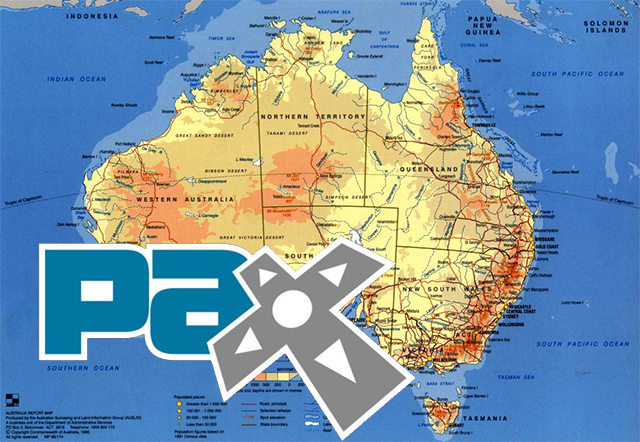 One of the largest gaming conventions, the Penny Arcade Expo, is going on right now in Seattle, and we’re already hearing big news from the event. Namely, Penny Arcade’s Mike Krahulik and Jerry Holkins revealed during a Q&A that PAX is coming to Australia.

This will be the first international PAX. The original yearly event in Seattle, now known as PAX Prime, started in 2004. The first PAX East in Boston was held in 2010.

This is disappointing news for Europeans who have hoped for a PAX of their own. According to Joystiq, one U.K. fan asked the comic duo if the convention would come to their territory, to which Krahulik responded, “We want to go there.”

Krahulik and Holkins also announced that, while every PAX so far has lasted three days (except the first, which only went on for two), next year’s PAX Prime is going to be a four-day event.

PAX is a giant convention, with tickets always selling out well in advance of the actual event. Last year’s PAX Prime had over 70,000 attendees. While we’ll have to wait to see how successful PAX Australia will be, the smart bet would be on “very.”